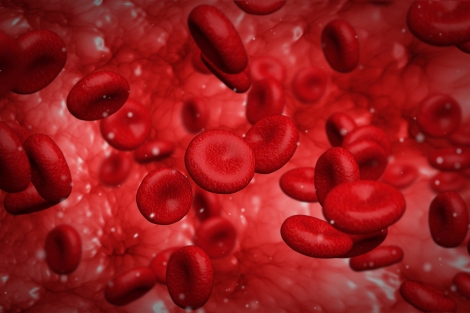 Running low on oxygen is a major danger for any of your body’s tissues, but the heart is particularly sensitive to such hypoxic conditions, which can lead to long-term tissue damage or even heart attacks.

In new studies conducted at UC San Francisco, a novel oxygen-delivery therapeutic restored the function of oxygen-starved heart tissue in an animal model of global hypoxia. Unlike its experimental predecessors, the new drug does not appear to cause systemic side effects or overcorrect with excessive blood oxygenation, which can itself be toxic. Instead, the new drug delivers its precious oxygen cargo only to the tissues that need it most.

“Any tissue with compromised blood flow, whether due to trauma, stroke, or heart disease, could potentially be targeted by a treatment like this,” said Emin Maltepe, MD, PhD, associate professor of pediatrics at UCSF and co-senior author of the paper.

The new drug, called OMX-CV, was developed by Omnio Inc. – a biopharmaceutical company developing oxygen-delivery therapeutics for the treatment of cancer, cardiovascular diseases, trauma and other conditions in which low oxygen levels, or hypoxia, negatively impact disease outcomes.

Omniox, which was among the first startup biotech companies to launch in the QB3 “Garage” incubator space on UCSF’s Mission Bay campus, in 2010, teamed up with Maltepe and other UCSF researchers to test the treatment, and published their findings Oct. 18, 2018, in the journal PLOS Biology.

Cardiovascular diseases such as coronary artery disease can starve the heart of oxygen, triggering cardiac dysfunction or heart attacks in adults, but hypoxia in the heart is also a problem in children. According to the U.S. Centers for Disease Control and Prevention (CDC), about 10,000 children are born each year with a critical congenital heart defect. Many of these infants require heart surgery within their first year of life, during which blood may be temporarily removed from the heart, leaving the organ starved for oxygen.

Under normal conditions, the heart consumes more oxygen by weight than any other organ, and when oxygen levels are low, its demand soars even higher. The hypoxic heart pumps harder to deliver oxygen to the rest of the body, and paradoxically, requires more and more oxygen itself to maintain function. An oxygen-delivering drug like OMX-CV could ease the physical stress of hypoxia and improve recovery following heart attacks or after open heart surgery in adults and children.

Scientists have tried to design ways to fight hypoxia by delivering oxygen on the back of hemoglobin, the protein that lets red blood cells shuttle oxygen throughout the body and also produces their scarlet color. But these treatments also carry a lot of baggage.

Hemoglobin-based drugs have proven too good at their jobs: they tend to flood the blood with excess oxygen that can itself cause serious tissue damage. Moreover, when outside the bounds of a red blood cell, hemoglobin can grab hold of nitric oxide, a natural muscle relaxant found in blood vessels. Vessels robbed of nitric oxide constrict, causing blood pressure to jump, raising the risk of heart attack and decreasing blood flow to important organs like the kidneys.

OMX-CV sidesteps these problems by employing an engineered bacterial protein known as H-NOX as its base, rather than hemoglobin. H-NOX proteins contain a “co-factor” called a heme group – the same co-factor that gives hemoglobin its name – which alllows the protein to bind not only oxygen but also nitric oxide. By modifying the chemical structure of H-NOX proteins, Omniox scientists reengineered them to hold tight to oxygen, but leave nitric oxide alone.

The researchers also showed that the modified proteins bind oxygen so tightly that they only relinquish their grip when they come across a severely hypoxic tissue.

“Unlike hemoglobin-based oxygen carriers, OMX-CV is fine-tuned to only release oxygen under pathologic conditions,” said Ana Krtolica, PhD, vice president of research at Omniox and co-senior author of the paper. “Relatively small doses of the drug transform the capacity of the heart to keep up in the face of severe hypoxia.”

The authors envision OMX-CV primarily being used to treat many conditions impacted by hypoxia in adults, but the new study was also designed with an eye toward pediatric applications. The research was conducted through the Initiative for Pediatric Drug and Device Development, or iPD3, a collaboration between UCSF and the University of Maryland, Baltimore. The effort aims to design and test therapeutics specifically for pediatric care, rather than “handing down” therapies designed for adults.

“Kids change so much as they grow – their drug metabolism changes dramatically year to year,” said Maltepe. “After drugs are established in adults, pediatricians essentially have to experiment with kids to understand the treatments’ toxicity profiles and proper dosing for different age groups.” By initially designing and testing drugs with kids in mind, and taking measures such as using juvenile animal models of disease, the researchers hope to circumvent this unwieldy guesswork.

In their experiments, the scientists tested the effects of OMX-CV in acute hypoxia, and to ensure that their results would also apply to children, the researchers examined the drug’s ability to supply oxygen to juvenile animal hearts, which share important anatomical and physiological characteristics with the hearts of human infants.

The researchers found that OMX-CV delivered oxygen to stressed hearts but not to tissues with an adequate oxygen supply. The OMX-CV infusion improved the hearts’ ability to contract almost two-fold better than their own baseline under hypoxic conditions, without the toxic effects of hemoglobin-based treatments. In contrast, the cardiac function of untreated animals deteriorated significantly over the hour-long study.

These impressive results were obtained with a relatively low dose of OMX-CV: each animal was treated with a dose equivalent to only 2 percent of the oxygen-carrying capacity of the blood’s naturally circulating hemoglobin.

Ongoing studies at UCSF funded by the National Institutes of Health are designed to test whether OMX-CV can be developed to protect infant hearts undergoing cardiac bypass surgery using similar juvenile animal models.

A Myriad of Applications

“Given the general need for oxygen across tissue and organs, hypoxia is associated with a number of pathological conditions,” said Krtolica. Omniox is developing preclinical programs focused on oxygen delivery in ischemic stroke, which compromises blood flow to the brain, as well as in cancer.

“This treatment targets a fundamental problem in medicine – in the ICU, for instance, you’re always battling against tissues becoming hypoxic,” said Maltepe, adding that the technology could someday form the basis of a more general blood replacement product, long considered a ‘holy grail’ of medicine.

Authors: Emin Maltepe, MD, PhD, is an associate professor of pediatrics at UCSF and the director of product development for the Initiative for Pediatric Drug and Device Development (iPD3). He is co-senior author of the new paper. Ana Krtolica, PhD, is vice president of research at Omniox Inc., and co-senior author of the paper. Jason Boehme, MD, of UCSF and Natacha Le Moan, PhD, of Omniox Inc., are co-first authors of the paper.