Two UC San Francisco researchers have been selected as fellows of the American Association for the Advancement of Science (AAAS), the world’s largest general scientific society and publisher of Science and three other peer-reviewed journals. The honor is bestowed annually on AAAS members for advancing science or its applications.

This year, two members of the Department of Neurology are among the 347 new researchers to be recognized by the AAAS.

The new fellows are: 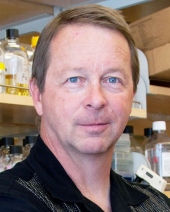 Louis Ptáček, MD, professor of neurology, who studies the genetics of normal variation in the human nervous system and its disorders. The AAAS recognized him for his pioneering contributions to the field of “channelopathies,” which are diseases caused by dysfunctions in ion channels. The channelopathies that Ptáček has studied include cardiac arrhythmias, epilepsy and migraines. His studies have also included the genetics and biology of human circadian rhythms. In February 2015, Ptáček received the prestigious Stanley J. Korsmeyer award in honor of his contributions. 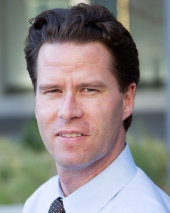 William Seeley, MD, associate professor of neurology, who was recognized for his contributions to the field of translational neuroscience. Seeley’s lab uses neuroimaging to identify the networks targeted early in neurological diseases, particularly dementia. This information is combined with cellular and molecular techniques to determine the mechanisms of why some neural cells are more or less prone to dysfunction than others, with an eye to translating the results into new approaches for treatment of neurodegenerative diseases. In 2011, Seeley was named a MacArthur Fellow, one of the highest scientific honors in the country.

The new fellows will be announced in the AAAS News & Notes section of the Nov. 27 issue of Science and will be recognized formally on Feb. 13 during the 2016 AAAS Annual Meeting in Washington, D.C. A list of current fellows and further information about the fellowships can be found in the association’s news release.