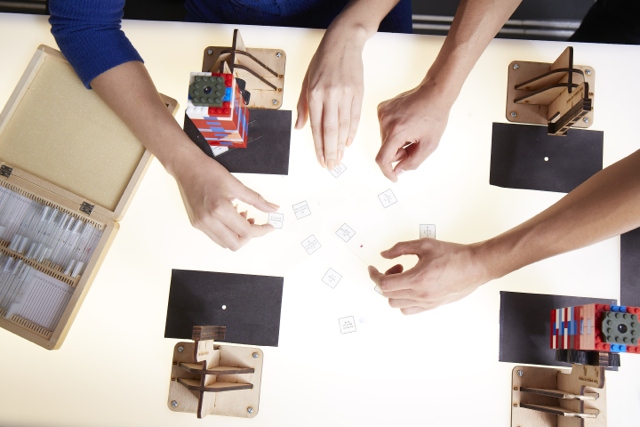 As a young girl growing up in the outskirts of Bombay, India, Charvi Shetty has distinct memories of her mother and older brother struggling to breathe.

Beyond coping with the air pollution that sometimes blankets their homeland, both family members suffered from chronic asthma. Shetty's Filipino mother and Indian father wanted opportunities that India could not provide, so they immigrated to Petaluma, Calif., with their children when Shetty was 10 years old.

“My parents wanted my brother Rajiz and me to have a better life by receiving a college education in America,” she said.

Her asthmatic mother and brother sparked Shetty’s interest in biology during high school, which led to her majoring in bioengineering at the University of California, Berkeley. Upon graduating in 2012, Shetty enrolled at UC San Francisco where she pursued a master’s degree in biomedical imaging. 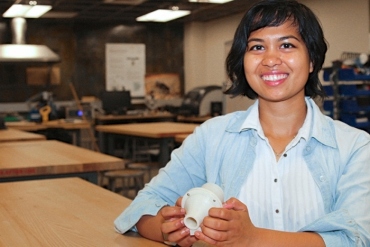 Charvi Shetty has turned her invention into a startup company. She is the founder and CEO of Knox Medical Diagnostics. 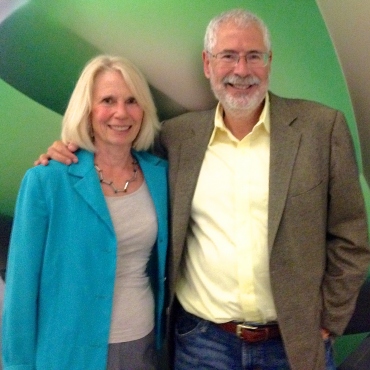 Stephanie Marrus and Steve Blank have partnered to bring Lean LaunchPad to the life science and health care audience at UCSF.

During that time, she developed an affordable medical device that measures lung function and capacity, and detects early onset of asthma. An accompanying mobile app can assist hospitals, as well as parents and individuals, with tools that measure airways and response to medications.

Shetty’s invention, which could significantly improve the quality of life for asthmatics, can benefit millions but only if the device can successfully go to market. And that’s the rub for many aspiring UCSF students and recent graduates, whose expertise is in research or patient care, not the business world.

Shetty’s story is not unusual, but there is hope for innovators like her. UCSF restarted its Entrepreneurship Center in March 2012. The program helps companies start from UCSF inventions and has built an entrepreneurial ecosystem at the University. UCSF’s environment is unique, differing from other universities such as Berkeley, Harvard and Stanford because UCSF lacks a business school or a computer science program whose specialized expertise can help innovators build apps.

Stephanie Marrus, who holds an MBA from the Wharton School at the University of Pennsylvania, directs the Entrepreneurship Center. She has worked with hundreds of companies in science- and technology-based industries.

She recently partnered with tech entrepreneur Steve Blank, who has changed the paradigm of entrepreneurship education in the U.S. and last year was named one of the 30 most influential people in Tech by Forbes magazine. Marrus and Blank adapted his nationally respected course, Lean LaunchPad, to the life science and health care audience at UCSF.

Over the past three years, Marrus has recruited a network of 200 mentors and advisors with backgrounds as life sciences CEOs, investors, attorneys, and consultants from Silicon Valley’s entrepreneurial ecosystem to advise students in the courses and UCSF entrepreneurs outside the classroom.

“What I really learned from the class was that the greatest innovation isn’t necessarily the product,” Shetty said. “It’s the novel and innovative business model.”

As part of her participation in the Lean LaunchPad program, Shetty spoke to numerous people with asthma. She was also paired with an experienced venture capitalist as her mentor—a physician who has founded several companies.

Her efforts have been supported by an international company-building program called Founder.org, which helped to advance her fledgling company, Knox Medical. She competed with teams from 24 schools in the U.S. and Europe and was selected from approximately 1,000 applicants.

Last fall the National Institutes of Health piloted the Lean LaunchPad class based on the UCSF model to help aspiring life science entrepreneurs commercialize their technology. UCSF is continuing to teach the course on its campus and is extending its reach to the other UC biomedical campuses this June, including UCLA, UC Irvine, UC San Diego, and UC Davis.

“We are excited that Lean LaunchPad in the life science/health care domain is becoming recognized as the model for training scientific and clinical entrepreneurs,” Marrus said. “We believe that this market-based approach to vetting start-up ideas can make the difference between success and failure.”

The program could not come at a better time for UCSF, which is increasing its dedication to entrepreneurship in line with the UC president’s priorities.

Hobart Harris, MD, who has served as chief of general surgery at UCSF for the past 13 years, believes the Lean LaunchPad program is indispensable. Harris, a Harvard graduate who founded Vitruvian Medical Devices in 2012, saw first-hand how novice entrepreneurs can fall victim to faulty logic. 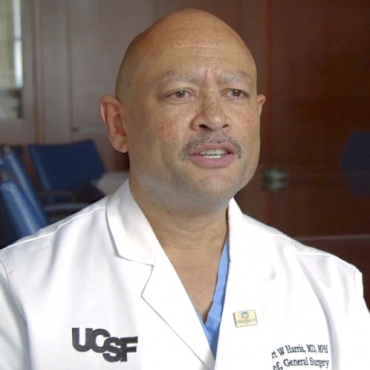 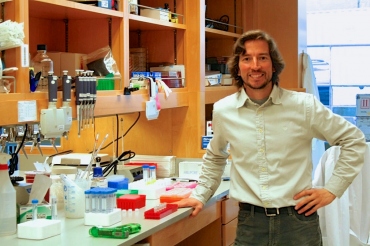 Ernesto Diaz Flores' use of a wheelchair while recovering from a broken foot led to an idea that eventually became a startup company that helps wheelchair-bound people both sit and stand, and stably ride in both positions.

“I had fallen prey to a very common assumption that I think naïve or inexperienced entrepreneurs suffer and that is thinking that if your idea works, then all the additional steps required to bring your idea to the marketplace will just fall into place, like a row of dominoes,” Harris said. “Nothing could be further from the truth. When I attended the Lean LaunchPad course, through the interview process we saw our ideas kind of turned on their head in respect to both pricing and what would be the required information that would compel users to buy our product.”

The Flint, Mich., native soon discovered that obtaining the regulatory approval for his product would cost more than $75 million and take four to five years. That realization led him to change the nature of the device and the patient population he would first look to serve.

“It probably would have been years before we ultimately realized we were taking the inappropriate path or approach,” Harris added. “I can say this: There have been two or three courses in my entire education that have genuinely changed the way I think, and this course is one of those.”

Ernesto Diaz Flores, PhD, an assistant adjunct professor at UCSF and founder of Challenging Solutions, is another passionate advocate of the Lean LaunchPad program.

Born in El Salvador, his family moved to Spain when he was 10 years old. Since his childhood, Diaz Flores gravitated to athletics and displayed remarkable footwork as a competitive tennis player and also as a flamenco dancer. He was also an outstanding scholar, eventually earning a BS degree in biochemistry at University Complutense of Madrid—and finishing in the top five in his class—and then obtaining a PhD at the Universidad Autonoma de Madrid in molecular biology with honors.

Yet, it was when he was derailed as a tennis player and dancer that his professional career began to take shape.

“When I was doing my PhD work, I broke my left foot,” Diaz Flores recalled. “I tried to go to work on a cast and crutches but after getting to work, I realized I couldn’t use my hands very much because of the crutches.”

His only option to stay productive was to use a wheelchair.

“I soon realized how people with low or no mobility from the waist down get disabled by the chair itself," he said. "You cannot stand or reach high or be at eye level with your friends, even when you have partial or full mobility in the upper body.”

He hoped someone would eventually address this limiting feature, but as the years went by nobody did.

“People were still locked in one position in wheelchairs, so I decided to work on a device and bring it to fruition,” Diaz Flores said. “That’s how the idea was born.”

He designed and developed an innovative mobility device that allowed wheelchair-bound people to both sit and stand, and stably ride in both positions at adjustable speeds. His invention is also a hybrid in that a client can operate it in manual mode, which helps with exercising, or in automatic, which facilitates transportation. The device, which has a cutting-edge appearance, also is compact and lighter than the conventional wheelchair, allowing entry to non-accessible places like some restrooms and through narrow doors.

“When I started this venture, I had no entrepreneurial background so I took courses from the Entrepreneurship Center at UCSF,” Diaz Flores said. “That was an eye-opening experience into a world that was completely foreign to me. It helped me get acquainted with the different financial process, lingo and things that I needed to put in place to have a successful venture.”

After much time and effort, including seeking customer feedback on design and physical needs, Diaz Flores has established his team members and now the company is incorporated. He reports that the venture is close to having its first functional prototype and will start to test it.

Meanwhile, he continues to take courses and attend lectures organized by the Entrepreneurship Center and meets regularly with Marrus to seek her input and advice.

These anecdotes reflect how vital this program has been to not only Diaz Flores but also hundreds of other inventors who are fast establishing UCSF as one of the leading entrepreneurial universities in life sciences and health care.

“The mere fact that such a center exists here at UCSF serves as demonstration of the University’s investment in the futures of its trainees,” said Nima Emami, a current PhD student studying bioinformatics in the Graduate Division. “It was a major factor in my decision to pursue my PhD at UCSF over several other top research universities in my field.” 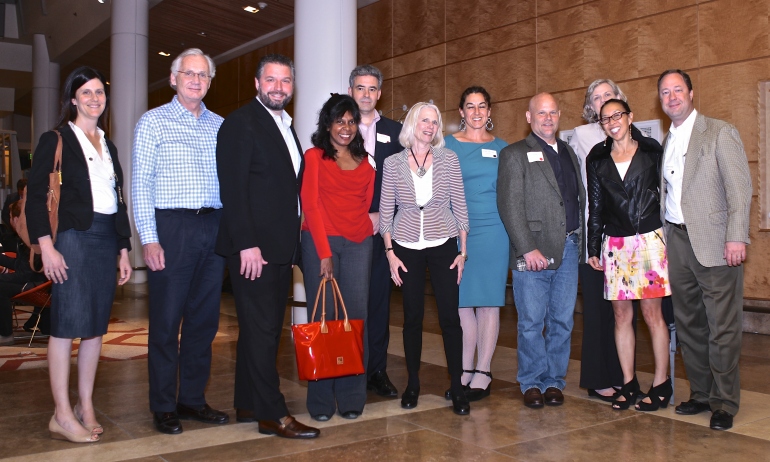