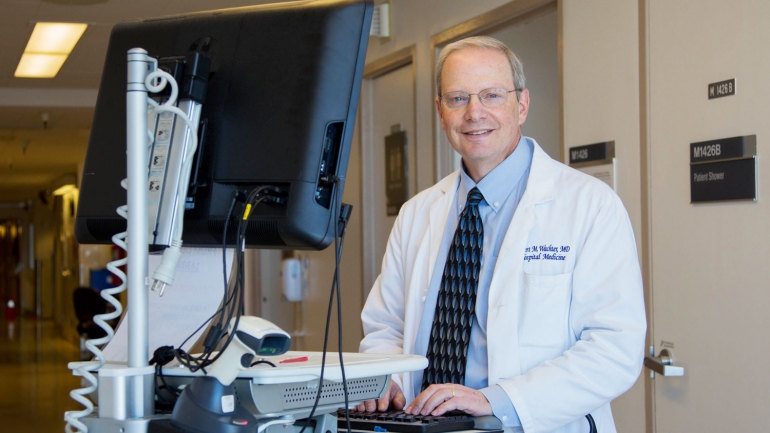 Robert Wachter, MD, has experienced firsthand the progression of medical recordkeeping from handwritten cards in shoeboxes to multi-million dollar electronic health record systems. While computers certainly have transformed how health care is delivered, he notes that the path to wired medicine has been strewn with landmines.

In his new book, The Digital Doctor: Hope, Hype, and Harm at the Dawn of Medicine’s Computer Age, Wachter takes readers on a tour of how electronic health records, despite enormous expense and promise, have all too often led to distracted physicians and medical mishaps that sometimes outstrip those made with pen and paper. Notwithstanding his concerns, Wachter is optimistic that medicine can eventually take full advantage of technology tools while retaining – even enhancing – its human side of empathy and connectedness.

Wachter, chief of UCSF's Division of Hospital Medicine, has tackled big-picture emerging issues in medicine throughout his career, including coining the term "hospitalist" in a 1996 article rethinking how hospital care should be organized and educating others on how to prevent medical mistakes and protect patient safety. 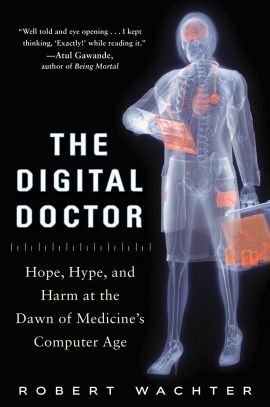 UCSF.edu spoke with Wachter about his new book, released this week.

Q:  Why did you want to write a book on technology in medicine?

We have been spoiled by our iPhones and how good technology is in the rest of our lives. Yet when technology was applied to medicine, there were unintended consequences galore.

The core of the book is one remarkable error that happened in a completely wired environment: At UCSF in 2013, we gave a kid 39 antibiotic pills at one time when the correct dose was one. What was particularly flabbergasting was that we have been waiting for a digital system to fix these types of problems, and here it was acting partly as the perpetrator rather than the savior.

UCSF is one of America’s best hospitals, and we have the best computer system that money can buy – so if this error could happen to us using this system, it could happen anywhere.

Q:  Do you think computerization is hampering medicine more than it is helping?

The last thing I want is to slow down the digital transformation of medicine. Today we are far safer with computers than without them. When you see all the glitches though, it’s easy to romanticize how things were in the past.

But no, it was not wonderful when you could not read the doctor’s note or prescription, or only one person could look at the chart at a time, or patients couldn’t communicate with their doctors through e-mail. Digital is better, but we have to do it smarter than we have done so far.

Q:  In the nearly 100 interviews you did for this book, was there one in particular that stood out as a way to see the world of medicine from a new perspective?

One of the most mind-blowing interviews I had was at Boeing, where I got to meet the engineers who designed the 777 cockpit computer. They would not dream of designing a cockpit and sending it out to be used without having pilots first spend thousands of hours testing with the engineers sitting right behind the pilots, observing.

Q:  What would you like for your readers to take away from this book?

There is something really important about their attitude and their core values that I don’t think the health IT world has embraced yet. Medical computer vendors have to bring the end users – us – into the design process much more than they have.

Health care is being utterly transformed into a digital industry and it is now happening at breakneck speed. I want people to end up with a sense of optimism that we can get to a place where we are taking full advantage of these new tools. But to get there, we are going to have to make some different choices than we have so far.

Those choices are less about the state of the technology and the computer code and more about us: how we organize our work, how we interact with each other and our values. This is the moment – before we get too far in – where we have the opportunity to hit the reboot button and get it right.