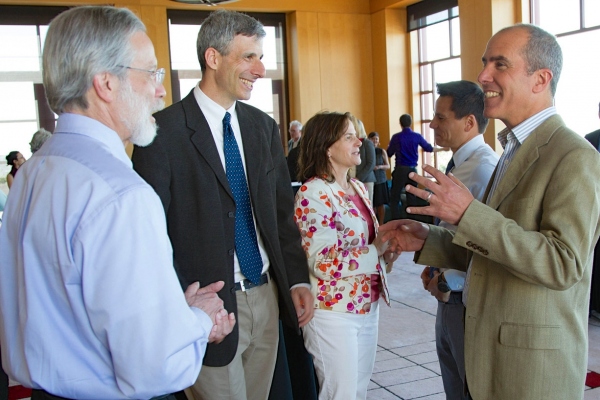 In the Distinction in Mentoring category, the honorees are Michael A. Steinman, MD, in the associate level; and Craig Cohen, MD, MPH, in the professor level.

For the Distinction in Teaching award, the honorees are Erick Hung, MD, in the “five years or fewer” category, and Alan Gelb, MD, in the “more than five years” category.

“The Faculty Research Lectures are the highest award given to our faculty by the Academic Senate. There is a rigorous nomination and selection process for these lectureships,” said Srikantan Nagarajan, PhD, professor in the UCSF Department of Radiology and Biomedical Imaging, who chaired the Faculty Research Lectures Awards. “Recipients of this award typically represent the very best amongst us at UCSF, faculty who have made a enduring and incredible impact in their field of research, including rewriting of the textbooks in their field, as well as creating new research areas as a result of their work.”

The Academic Senate allows for the research lectures to be awarded to teams. So far they have had nominations for two teams of two individuals, including one this year. This is an effort to recognize the collaborative environment at UCSF and the success of team science at UCSF.

The Academic Senate also recognized exceptional educators and mentors in the Distinction in Teaching and Distinction in Mentoring categories, respectively.

“These awards are particularly meaningful because there is competition from a large pool of outstanding teachers and mentors at UCSF in all the schools. The final decisions are not easy because everyone who is nominated is extremely talented,” said Judy Yee, PhD, professor in the UCSF Department of Radiology and Biomedical Imaging, who chaired the Distinction in Teaching Award Committee. “This year’s awardees have distinguished themselves as having significant impact on their trainees and mentees and follow in the tradition of prior awardees in their dedication to the next generation of UCSF professionals.”

Weissman is looking at how cells ensure that proteins fold into their correct shape, as well as the role of protein misfolding in disease and normal physiology. He is also developing experimental and analytical approaches for exploring the organizational principles of biological systems and globally monitoring protein translation through ribosome profiling.

"I was deeply honored, and surprised when I learned about the award,” Weissman said. “It was such a thrill to get the chance to present my lab's work in front of my friends and colleagues.”

A broad goal of Weissman’s work is to bridge large-scale approaches and in depth mechanistic investigations to reveal the information encoded within genomes.

Kristine Yaffe, MD – Yaffe won the Faculty Research Lecturer, Clinical Science Award, which honors those who have had a far-reaching impact on the clinical field, be it through clinical trials or through seminal contributions in medical ethics or policies.

Her research bridges the fields of psychiatry, neurology, epidemiology, and geriatrics with the goal of developing population-based strategies for dementia prevention.

“I was thrilled to receive the Academic Senate Award,” Yaffe said. “I focus on the epidemiology of neuropsychiatric disorders with a particular interest in identifying novel risk factors and biological mechanisms of cognitive aging and dementia.”

A few of the critical modifiable risk factors identified by Yaffe’s lab include physical and intellectual activity, sleep disorders, military risk factors, as well as cardiovascular and metabolic factors including diabetes, obesity and chronic kidney disease.

Deborah Greenspan, BDS, DSc, and John S. Greenspan, BDS, PhD – The Greenspans won the Faculty Research Lecturer, Translational Science Award, which honors those who have directly benefitted both patients and clinicians worldwide by their efforts to translate bench science into a bedside clinical practice. 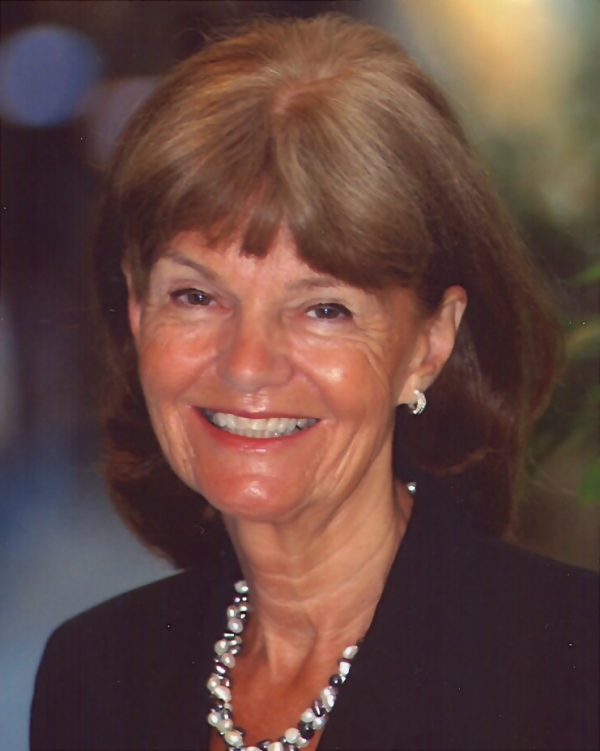 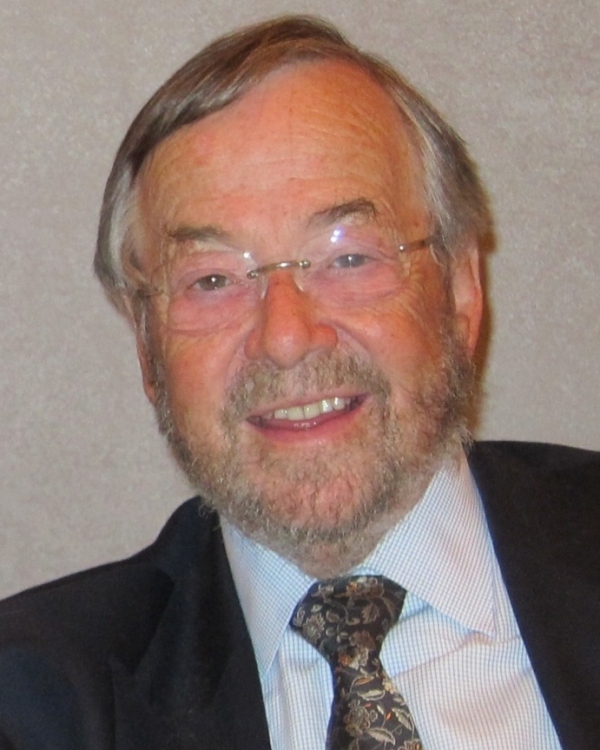 The Greenspans have been academic clinician-scientists for more than 40 years, during which time they have consistently made valuable contributions to oral science, infectious disease, and cancer using cutting edge approaches. Their major research contribution has been in their studies of HIV infected patients. This work has dominated their efforts throughout the last thirty years, and it has created an entirely new field of translational science.

They are, together, the founders of the field of oral AIDS research and the co-discoverers of oral hairy leukoplakia. They made seminal and pioneering discoveries at the outset of the AIDS epidemic and, throughout the rest of their careers they have steadily built upon their important initial discoveries. The discoveries have included determining novel viral pathogenic processes due to Epstein Barr virus, including its role in hairy leukoplakia, and new forms of human papillomavirus in oral warts.

“We were frankly astonished at the news of this award and also so pleased that our fields of HIV/AIDS, oral medicine, oral pathology, orofacial sciences research and immunopathology would be recognized in this way by our Academic Senate colleagues,” the Greenspans said in a statement. “It means a great deal to us and of course gives us an opportunity to recognize how much our work has depended on so many wonderful colleagues, mostly here at UCSF, where decades of collaborative atmosphere led to what we have been able to do.”

The Greenspans have made extraordinary contributions of broad importance in the diagnosis and care of patients with HIV infection. This work has brought them into contact with a wide array of people, problems and issues in academic and community health care, in basic, clinical and social/behavioral biomedical science, as well as in industry.

It has extended into the political arena, as they have led many initiatives to seek and advocate funding for work in the field and for dental and biomedical research in general.

An additional theme represents another significant contribution that the Greenspans have made in translating basic discoveries into clinically relevant information. Early in his career, John Greenspan developed an interest in dry mouth, notably Sjögren’s Syndrome. Indeed, the methods and approaches that he and Deborah learned and applied in the 1970s, involving immunopathology, virology and population science, formed the basis for the AIDS work that followed.

Michael A. Steinman, MD – Steinman won the Distinction in Mentoring (Associate Level) Award for his outstanding contributions in faculty mentoring. 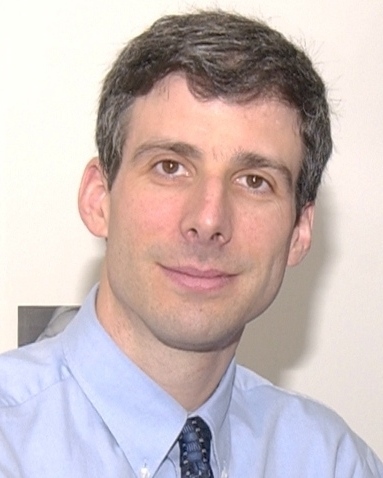 Steinman’s work focuses on improving the quality of medication prescribing for older adults, both by identifying the kinds of prescribing problems that they face, and developing solutions to improve their pharmaceutical care and well-being. A large focus of his work has been using large databases to investigate these issues.

“I felt a feeling of gratitude, both for the fantastic mentees with whom I work and for my own mentors, who have taught by example how to be a great mentor,” Steinman said. “It’s an especially meaningful honor for me because my selection was based on the nomination of my mentees.”

A key component to Steinman’s mentoring style is making time to give individualized attention to mentees, both by scheduling regular scheduled meetings and by making the space for frequent ad hoc conversations. Also, he makes an effort to focus on the big picture, both as it relates to individual research projects as well to the career development of his mentees.  Finally, Steinman says, mentoring is a two-way street.  He benefits greatly from these collaborations by the opportunity to work with great people, share in their enthusiasm, and learn new ideas and approaches.

Cohen’s research focuses on HIV care, treatment and prevention, and its intersection with the broader field of reproductive health in underserved communities. For 20 years, he has been conducting collaborative research in Kenya.

“I was immediately reminded of the number of individuals that I have had the honor of mentoring over the years at UCSF and in Kenya, and of course to support I received from my own primary mentor, Professor King Holmes at the University of Washington,” Cohen said. 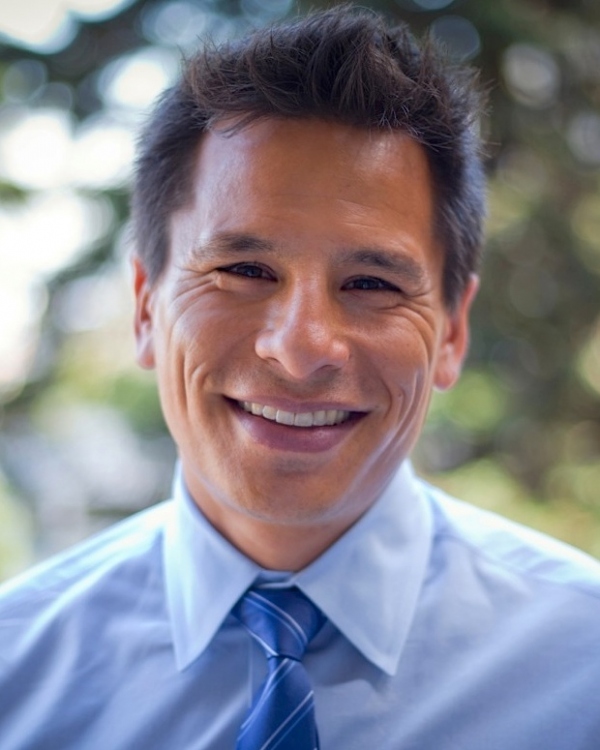 “I was pretty shocked and surprised to win the award,” Hung said. “I thought I’m not the kind of person who is going to win this type of an award, so I’m humbled by the fact that I did. I feel very lucky.”

Hung says his teaching style is less about him and more about the collaborative environment between our faculty and trainees, because “they’re the ones who make it fun and exciting to come to work every day.” He considers it an honor to lead this type of a program, and to have a stellar caliber of faculty and trainees to carry on UCSF’s global mission.

Gelb is a professor of medicine in the UCSF Department of Emergency Medicine. His interests include research on drug-induced seizures and clinically-based curriculum for medical students.

“I was thrilled and I was humbled because I know some of the other people who have won this award,” he said. “And some of them were my mentors when I went to school here.  I’ve been here since 1973. They were outstanding teachers and to be lumped in with them is fantastic.”

Gelb is known for incorporating real-world scenarios in his teaching method, and challenging his students to think on their feet.

“This is the best thing that’s happened to me since I’ve been at UCSF, he said. “I love teaching and that in and of itself is enough of a reward. I get a lot of positive feedback from my students, but to get this is just amazing.”

The lecture award winners were honored with their own lecture presentation and a reception scheduled during the current academic year. The teaching and mentoring award winners were recognized at an afternoon banquet at the Lange Room of the UCSF Library in Feburary.

To learn more about the San Francisco Division of the Academic Senate, go here.