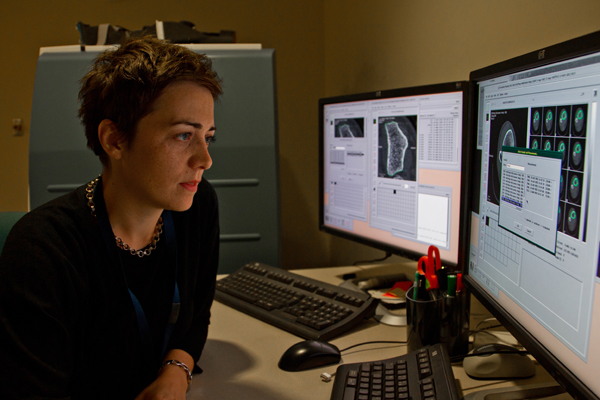 As she entered her boss’ office at the Vienna General Hospital in 2010, Janina Patsch, MD, PhD, didn’t know what to expect. A bone specialist by training, pursuing a residency program in diagnostic radiology, Patsch was hoping for an opportunity to pursue her other passion: research.

So the first question Patsch’s boss asked caught her by surprise: Would she like to do research in the United States? 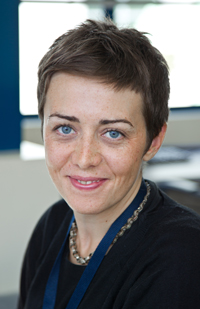 “It was such a great opportunity that came at the perfect moment,” said Patsch. “Not only was I going to do research, but I was going to do it at one of the top imaging centers in the world.”

Patsch joined the Musculoskeletal Imaging Center in the UCSF Department of Radiology and Biomedical Imaging in January 2011. Her work over the past two years under Thomas M. Link, MD, PhD, chief of the department, has focused on developing a better understanding of the micro-architecture and metabolism of the skeletal system, particularly for patients suffering from diabetes. During this time, Patsch has written papers in high-impact journals and presented her research at international meetings.

“UCSF continues to attract the brightest and most promising scholars chosen by their country,” said Link. “They will go back as leaders in their field and consolidate the role of UCSF as a global leader in medical research.”

Providing a collaborative and inviting environment for international scholars, as well as all faculty, staff and students, is a priority for UCSF.

In 2010, UCSF had the most international scholars of any U.S. health sciences university, and ranked 25th among all U.S. universities with a total of 1,267, according to the Institute of International Education. Of those, 132 were international students enrolled in the schools of dentistry, nursing and pharmacy, as well as the Graduate Division.

Intending to capitalize on past success while recognizing the rapid globalization of health science research, UCSF leaders plan to increasingly encourage exchange of scholars by forming more strategic partnerships with international universities, according to Brian R. Groves, director of the UCSF International Students & Scholars Office.

“International postdocs, students, and faculty bring invaluable contributions to our community,” said Groves. “Visitors from outside of the U.S. offer unique perspectives and epitomize UCSF’s mission of advancing health worldwide.”

When Patsch completes her fellowship this December, she plans to move back to Austria and find a job that blends clinical work with her research interests. She also looks forward to sharing the lessons and experiences with her Austrian colleagues, most notably the collaborative nature of UCSF that she credits with helping her learn and contribute more than she thought was possible.

“I’d urge other international students to not be shy,” said Patsch. “There is no limit to what you can learn and do during your time at UCSF.”