Moreover, many of the top-grossing films of 2011 with significant amounts of smoking targeted a young audience, among them the PG-rated cartoon Rango and X-Men: First Class.” The more smoking young people see in movies, the more likely they are to start smoking, the US Surgeon General has reported. 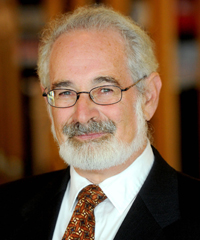 The study is available Thursday in Preventing Chronic Disease Journal, an online, peer-reviewed publication of the federal Centers for Disease Control and Prevention’s National Center for Chronic Disease Prevention and Health Promotion.

“Hollywood has still not fixed this problem,” said lead author Stanton A. Glantz, PhD, a professor of medicine at UCSF and director of the Center for Tobacco Control Research and Education. “The result of the increase in onscreen smoking in youth-rated films will be more kids starting to smoke and developing tobacco-induced disease.”

Glantz and UCSF have been at the forefront of tobacco research for decades, disclosing how the tobacco industry manipulated its products and led the public into cigarette addiction. Smoke Free Movies, a project run by Glantz at UCSF, centers on reducing cinematic smoking. The UCSF Legacy Library, now 12 years old, has more than 13 million documents on file that were released as a result of litigation against the major tobacco companies related to their advertising, manufacturing, marketing, sales, political, public relations and scientific activities.

The latest UCSF study was conducted in conjunction with Thumbs Up! Thumbs Down!, a project of Breathe California of Sacramento-Emigrant Trails, which annually tracks tobacco use in the nation’s top-grossing movies.

Altogether, the 134 top-grossing films of 2011 depicted nearly 1,900 tobacco “incidents,” the analysis found. An incident is defined as one use or implied use (such as a lit cigarette) of a tobacco product by an actor.

The data was obtained by counting tobacco incidents in movies whose box office sales ranked in the top 10 for at least a week.

Some of the films that showed the most smoking were “period” movies, such as “The Help,” “Midnight in Paris” and “Hugo,” which depicted an era when smoking was more common than it is today. But others were fantasy films, including “Cowboys & Aliens,” “Green Hornet” and “The Twilight Saga: Breaking Dawn — Part 1,” which were aimed squarely at the youth market, noted Glantz.

“Movies continue to deliver billions of smoking images to adolescents,” the authors reported.

Call for Policy to Ensure Tobacco-Free Movies for Kids

In stark contrast to prior years, the three major film companies that have adopted policies designed to discourage smoking in their movies depicted just as many tobacco incidents per youth-rated movie as companies that lack tobacco use policies.

Those three studios with tobacco reduction policies are: Time Warner (established policy in 2005), Comcast (2007) and Disney (2004). The three companies with no such policies: Viacom, News Corp. and Sony.

The study authors, noting that about two-thirds of subsidies for top-grossing movies are earmarked for productions with smoking, recommended that health departments work with policy makers to correlate movie subsidies with public health interests in reducing smoking.

“These results underscore a need for an industry-wide policy to keep smoking out of films marketed to youth,” Glantz said. “An R rating for movies with smoking would give film producers an incentive to keep smoking out of movies aimed at young viewers. The exception would be when the movie clearly reflects the dangers and consequences of tobacco use, or represents the smoking of a real historical figure.”

Tobacco, the leading cause of preventable and premature death, kills an estimated 443,000 Americans annually, according to the United States Department of Health and Human Services. Every day in the U.S., an estimated 3,800 young people smoke a cigarette for the first time, the agency reported earlier this year.

The analysis was funded by the American Legacy Foundation.