Long before the U.S. Supreme Court’s landmark July 28 decision on health care reform, California already had begun moving to expand Medi-Cal coverage for low income residents. The state also was the first to begin setting up an exchange through which others could obtain health insurance — all in preparation of reforms that will be enacted starting January 2014 under the federal Patient Protection and Affordable Care Act.

While the Supreme Court ruling largely let the law stand, a provision through which the federal government intended to withhold federal funds from states that fail to expand their Medicaid programs for low-income residents was struck down.

Whether strapped for funds or politically opposed to the reform act and hoping for a repeal if Republicans were to sweep November elections, elected officials in some states may be inclined to avoid expanding their coverage of the poor or establishing exchanges. But despite incessant budget woes and political gridlock, California politicians and administrators are not among those resisting the changes.

In fact, there are strong financial incentives for states to expand coverage under the controversial federal law, said Ed Yelin, PhD, professor of medicine and health policy with the UCSF Philip R. Lee Institute for Health Policy Studies.

“As with everything in the law, for the Medicaid provisions there were two approaches — the carrot and the stick,” he said. “The penalties that were challenged were only part of it; there was also a carrot — the federal government would pay for 100 percent of the expansion for the first couple of years and 90 percent thereafter.”

Under a proposal approved by the federal government in November 2010, California was granted $10 billion in federal funds over five years to help it move toward meeting requirements of federal health care reform for Medicaid programs, according to the state’s Department of Health Care Services. To permit the state to innovate, the federal government granted a waiver of the usual requirement that Medicaid programs be administered uniformly throughout the state. Under the waiver the state could implement new types of programs locally.

Under the waiver, the state, through its Medicaid program — called Medi-Cal — is working with counties to expand coverage for low-income households, as will be mandated by the Affordable Care Act. In addition, the state is implementing the Health Care Coverage Initiative to provide assistance for adults between ages 19 and 64 with incomes between 134 percent and 200 percent of federal poverty level.

Many seniors and individuals with disabilities who are eligible for Medi-Cal are being moved into managed care programs, which often are based on a patient-centered, “medical home” model that emphasizes continuity of care, primary care and prevention.

According to Susan Currin, MS, RN, chief executive officer of San Francisco General Hospital and Trauma Center, “As members of the California Association of Public Hospitals, San Francisco General and all the UC system, including the UCSF Medical Center, are part of the waiver, and it really allowed us to get ready for health care reform.”

“We have been working since 2010 on developing more of a medical home model to increase access to primary care. We’ve been able to address many quality issues, and to really get our systems in place to help us in the future.”

“Right now, as the state continues putting together the health benefit exchange, there is a lot of discussion going on about access to a basic health plan for people with incomes above what qualifies for Medi-Cal eligibility,” Currin said. 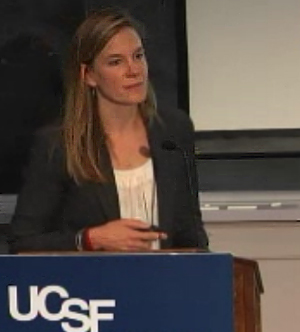 “It’s tricky,” she added, especially in considering benefits for those with incomes at 200 percent of poverty level or less.

“They don’t have a lot of money,” she said. “You want to make it affordable enough so that they choose to be covered and to not be penalized for not obtaining coverage.”

Before the 2010 waiver, Currin said, “We didn’t really have funding to put into place the systems needed to coordinate care and to provide more access to patients. In addition, we now have increased the number of primary care residents, because we see the need to have more primary care physicians out in the community. That was part of the waiver, too.”

“The state really understands the need to control costs, but also to give more access to people who don’t have care, and to have that care be coordinated in a way that is not wasteful.”

Exchanges are intended to be marketplaces through which individuals and small businesses are expected to be able to buy competitively priced health plans, backed by federal tax subsidies and credits.

The federal government awarded the state $39 million in August 2011 — to create a three-year business and operational plan, to start development of information technology infrastructure, and to conduct consumer outreach. 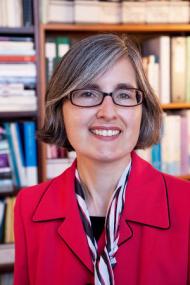 At a June 29 UCSF panel discussion on the Supreme Court’s decision, Jaime King, JD, PhD, a professor at UC Hastings College of the Law, discussed exchanges and litigation surrounding the act. While 27 states have starting planning, “Lots of states have been sitting on their hands," she said.

In the aftermath of the Supreme Court’s decision to uphold the law, she said, “A lot of states are shocked.”

As explained by Janet Coffman, PhD, assistant adjunct professor with the UCSF Philip R. Lee Institute for Health Policy Studies, states have the flexibility to decide whether to have one or two exchanges. “One population is individuals who do not have coverage through their jobs, and there is a second group who are employees for small businesses, which will be eligible to buy insurance through the exchanges,” according to Coffman.

Families who earn more than allowed under the new, higher income cutoff for Medicaid eligibility, but who take home no more than 400 percent of poverty-level earnings, will receive subsidies for insurance premiums purchased through the exchange, as well as deductions for co-payments and other forms of cost-sharing, Coffman said. “It’s likely to be more affordable than what they can get on their own,” she said.

“Health insurers will no longer be permitted to deny or refuse to renew coverage for persons with pre-existing conditions," Coffman added. Health status should not affect premiums except for smokers.” The law does allow for some variation in premiums based on broad age categories, family size, and geographic location, she said.

The exchanges will fill an important gap in access to health insurance, according to Coffman. “Currently, it is very difficult for persons to obtain affordable health insurance unless they can get it through their jobs or are eligible for Medicare or Medi-Cal, which are available only to senior citizens, persons with disabilities, and some persons with low incomes.”

Insurance companies are not forced to offer plans through the exchanges, Coffman said. But based on her tracking of state health care reform legislation that was being championed by some state legislators in 2007 while Arnold Schwarzenegger was governor — which she views as having been similar to the Affordable Care Act — Coffman expects that if states build the exchange, insurance providers will come.

The work being done by the state now is “predicated on the assumption that private health insurers will want to sell products through the exchange,” she said. “I think it is likely that some health plans will be participating.”

Hospitals and health care providers also need to participate for the reforms to be a success, said panel speaker Andrew Bindman, MD, professor of medicine, health policy, epidemiology and biostatistics at UCSF, director of the University of California Medicaid Research Institute and director of UCSF's Primary Care Research Fellowship. As it stands, many practices will not accept Medi-Cal patients.

Part of the reason for this is that California has “among the lowest reimbursement rates in the country,” for Medicaid programs Bindman said at the UCSF forum. “The state continues to be in court arguing for lower provider reimbursement rates,” he said.

It is important that more physicians choose to practice primary care, according to Bindman. “We have been facing declining interest in primary care,” he said. Patients are likely to take advantage of improved access to health care. “Deferred health care may increase demand,” Bindman said, “increasing the need for health-care providers.”

Along with the demand for primary care physicians, the need for other health professionals, including advanced practice nurses, is expected to increase, according to David Vlahov, PhD, RN, dean of the UCSF School of Nursing.

"The new law increases the need for advanced practice nurses, because there are millions of previously uninsured people who are gaining access to health care, and nurses are appropriate providers to expand quality care," he said. "Advanced practice nurses with physicians and other health professionals will step up to meet the need not only in primary care, but also in specialty care, inpatient care, outpatient care and community-health.”