When Christina Allen, MD, was a small child growing up in Connecticut, the word taekwondo was as foreign to her as the country of its origin. The Korean martial art, which loosely translates to “the way of the hand and foot,” was not a popular sport in her community during the 1960s.

“I didn’t know anything about taekwondo,” said Allen, an orthopaedic surgeon at the UCSF Orthopaedic Institute at Mission Bay. “I grew up playing soccer and football with my brothers.” 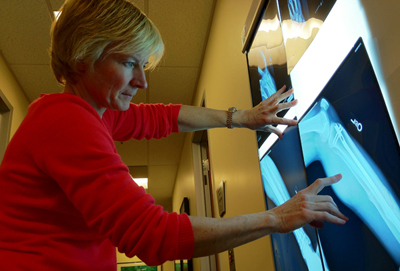 Some 40 years later, Allen is the team physician for the U.S. Olympics Taekwondo Team and will accompany them to the 2012 London Olympics this summer.

“It’s just a great opportunity,” she said. “I think for people who enjoy sports, going to watch the Olympics is on their bucket list. And to go and actually participate and interact with the athletes, and interact with other physicians from other countries, is a huge opportunity.”

Allen has distinct memories of being captivated by gymnasts Nadia Comaneci in the 1976 Montreal Games and Mary Lou Retton in the 1984 Los Angeles Games.

Like many children, Allen also harbored her own Olympic dreams when she was about 11 years old. She would race around the track, while a friend — her “coach” — would time her with a stopwatch. Her times didn’t inspire Allen to continue with track and field, but she later discovered she excelled at basketball and soccer in high school. She continued in college, becoming a soccer standout at Duke University. A bad knee injury ended her soccer career, but put her on a path to orthopaedic surgery.

That’s part of the reason why she bonds with her sports injury patients at UCSF. Allen specializes in the treatment of knee and shoulder injuries at the Orthopaedic Institute at Mission Bay. She has been at UCSF for almost 10 years. She earned her bachelor’s degree in biomedical engineering at Duke University before attending medical school at the UCLA School of Medicine. 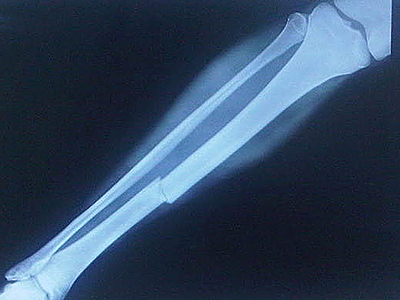 An X-ray shows one of Dr. Allen’s patients who suffered from a tibia fracture.

“You can’t get anything by me because I’ve been through this surgery a bunch of times,” she said. “Anything you can do wrong, I’ve already done it. My patients like that because they understand I know what their post-op pain is like.”

Allen has been involved with the U.S. soccer team for almost a decade. She was handpicked as the soccer team physician for the 2007 Pan Am Games in Rio de Janeiro, Brazil. As part of the approval process, she spent two weeks at the Olympic Training Center in Colorado to make sure the trainers felt comfortable with her knowledge base and that she got along with members of the team.

“While I was there, they had an Olympic qualifier event at the training center for taekwondo,” Allen said. “I thought, ‘Wow. There’s a sport that needs a doctor.’ There’s a very high probability of concussions; head shots get you the highest scores. They also break a lot of bones and they blow out their knees.”

Soon after, Allen volunteered at a collegiate taekwondo tournament at UC Berkeley.

“The next thing I know, I get sucked into their world,” she said. “I’m going to regional qualifiers; I’m going to their nationals, just one event after another. They kept flying me all over the place.”

Allen’s training as an orthopaedic surgeon comes in handy. At every national competition, she treats a laundry list of injuries: fractures, concussions, dislocations.

Soon after, Allen began accompanying the U.S. Taekwondo Team to international competitions, including trips to China, Mexico and Azerbaijan.

Her next international trip will be to London for the 2012 Summer Games.

“It’s pretty exciting. Hopefully nobody gets hurt badly,” she said. “My job basically is if someone has something wrong, try to figure out how to get them better as quickly as possible and manage it so they can perform their best.

“It’s a tremendous honor to take care of these Olympic athletes. In a small way, I finally get to live out my Olympic dream.” 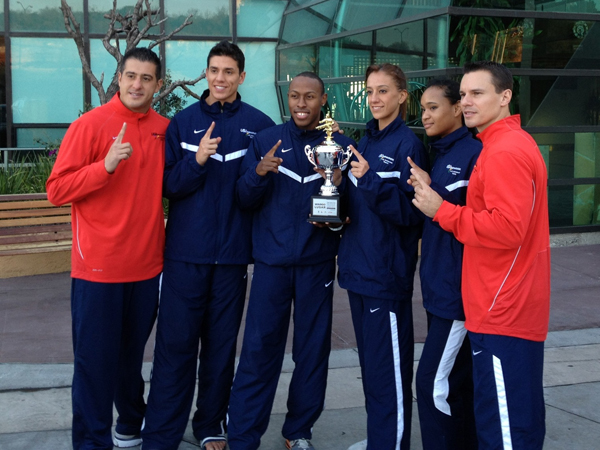 Christina Allen, MD, will take care of the U.S. Olympic Taekwondo Team at the Summer Games in London.