Scientists at the Gladstone Institutes have discovered a key protein that regulates insulin resistance — the diminished ability of cells to respond to the action of insulin and which sets the stage for the development of the most common form of diabetes.

This breakthrough points to a new way to potentially treat or forestall type 2 diabetes, a rapidly growing global health problem. 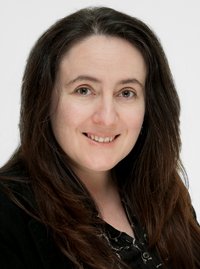 In a paper being published online this week in the Proceedings of the National Academy of Sciences, researchers in the laboratory of Gladstone Investigator Katerina Akassoglou, PhD, describe an unexpected role of the p75 neurotrophin receptor in controlling how the body processes sugar. Called p75NTR, this receptor protein is usually associated with functions in neurons.

“We identified that p75NTR is a unique player in glucose metabolism,” said Akassoglou, who is also an associate professor of neurology at UCSF, which  is affiliated with the Gladstone Institutes. “Therapies targeted at p75NTR may represent a new therapeutic approach for diabetes.”

The pancreas makes a hormone called insulin that processes glucose, moving it from the bloodstream into the body’s cells where it is used for energy. Insulin resistance is a key feature of type 2 diabetes, in which glucose builds up in the bloodstream and the body’s cells are unable to function properly. According to the Centers for Disease Control and Prevention, more than 20 million Americans have type 2 diabetes.

“Type 2 diabetes has become a very serious health problem and it is increasing at an alarming rate,” said Lennart Mucke, MD, who directs the institute in which the research was conducted. “These findings provide an important new avenue for developing better therapies to combat this deadly disease — the seventh leading cause of death in the United States.”

To study this, the researchers used mice that lacked the genes for p75NTR. They compared these mice to normal mice and discovered that those lacking p75NTR were more responsive to insulin when fed a normal diet. Second, they used some molecular biology tricks to block the action of the p75NTR protein in fat cells. This also resulted in increased glucose absorption in response to insulin. In contrast, when they caused the fat cells to make more p75NTR, glucose absorption was reduced.  Additionally, the researchers found that another important regulatory molecule, Rab5, played a key role in p75NTR’s impact on metabolism.

“Importantly, regulation by p75NTR enhanced insulin’s effectiveness in normal lean mice on a normal diet,” said Bernat Baeza-Raja, PhD, postdoctoral fellow and lead author of the study. “Because these mice already process glucose efficiently, the actions of p75NTR on glucose transport indicate a direct role of this protein in the regulation of glucose metabolism.”

“Our studies of p75NTR’s unanticipated role in regulating glucose metabolism suggest a new target for drug therapies,” said Dr. Akassoglou. “Future work is needed to test whether this finding may translate into a potential treatment.”

This study was a collaborative work between scientists at Gladstone, the University of California, San Diego (UCSD), the University of Michigan and the University of Houston. Other scientists who participated in this research at Gladstone include Natacha Le Moan, PhD, Christian Schachtrup, PhD, Dimitrios Davalos, PhD, and Eirini Vagena. Jerrold Olefsky, PhD, and Pingping Li, PhD, at UCSD were co-senior and co-first authors, respectively. Funding was provided by a variety of sources, including the National Institutes of Health, the UCSF Liver Center and Diabetes and Endocrinology Center and the R. A. Welch Foundation.