The UCSF Benioff Children’s Hospital has one of the best overall survival rates in the nation for bone marrow transplants, according to a recent independent review of 156 programs nationwide. 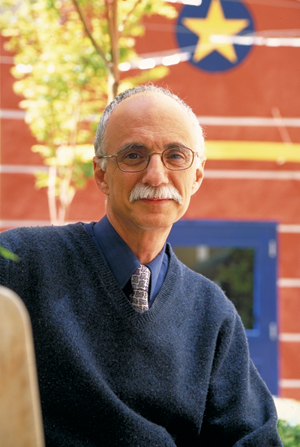 The 156 transplant centers were reviewed based on the number of transplants done annually, adjusted for risk, and estimated the chance for survival one year post transplant. Overall, the estimated chance of survival after one year was 63.4 percent. Of the 156 centers reviewed, only 14 (9 percent) were considered over performers, and the UCSF Pediatric Bone Marrow Transplant Program had a survival rate of 87.6 percent.

Additionally, the Adult Hematology and Blood and Marrow Transplant (BMT) at UCSF Medical Center was again named an “over performer” by the CIBMTR. This is the second consecutive year the service has been recognized as an over performer. The adult program is also one of 14 nationwide recognized for exceeding U.S. expectations in patient survival rates for those undergoing a blood or marrow transplant from either a relative or an unrelated donor. At UCSF, 75 percent of adult patients receiving a BMT survive at least a year, compared to the national average of 63.4 percent.

Christopher Dvorak, MD, a pediatric blood and bone marrow transplant specialist at the UCSF Benioff Children’s Hospital, wasn’t surprised by the results knowing firsthand the level of commitment to success that exists within and well beyond the pediatric BMT team.

“We work incredibly hard and have an attention to detail and dedication to our policies attempting to limit transplant-associated mortality,” said Dvorak, who is also head of the national Pediatric Blood and Marrow Transplant Consortium’s Supportive Care Strategy Sroup.

The UCSF pediatric BMT program has expanded in recent years by adding two physicians and two nurse practitioners, ultimately increasing the number of transplants performed. UCSF’s interdisciplinary collaboration among health care professionals also adds a nuanced level of support. “Some of the credit for our success must go to the pediatric intensive care unit which helps patients survive when then get critically ill,” Dvorak said.

The pediatric BMT unit also gives more individualized attention to the dosing of chemotherapy medications through increased interactions with the UCSF School of Pharmacy.  “We have a great School of Pharmacy and now have a doctor of pharmacy on our team, helping us with tailoring the chemo regimens. We have great nurses and nurse practitioners through the School of Nursing as well, and all of that plays into our success.”

While adult bone marrow transplants are usually performed to treat blood-related cancers, pediatric transplants are necessary for a host of other reasons. Immunodeficiency syndromes, defects in red blood cells, inborn errors of metabolism, and several types of cancer account for many of the BMT transplants performed in children at UCSF.

Since the UCSF Pediatric Bone Marrow Transplant Program was started by Cowan in 1982, nearly 1,000 transplants have been performed at UCSF Benioff Children’s Hospital. In 1982, UCSF performed the first partially matched bone marrow transplant on the West Coast, using bone marrow from a parent for a child with a severe immunodeficiency disease.