Children with a rare, life-threatening disease that is the most common cause of neonatal liver failure – biliary atresia – better tolerate liver transplants from their mothers than from their fathers, according to a UCSF-led study. 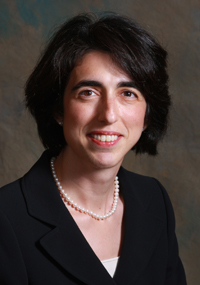 Researchers believe the improved outcomes for children receiving a maternal liver graft may be due to higher levels of maternal cells in the patients’ livers. The presence of these cells may establish tolerance to maternal antigens – substances that induce an immune response – and therefore greater acceptance of maternal organs in these biliary atresia patients.

“This result is exciting because it supports the concept that trafficking of cells between the mother and the fetus has functional significance long after the pregnancy is over,” said senior author Tippi MacKenzie, MD, assistant professor of pediatric surgery at UCSF and a fetal surgeon at UCSF Benioff Children’s Hospital. “This is a topic we are actively studying both in animal models and in patients who have fetal surgery. Practically speaking, this study may allow us to counsel families in which both the mother and father are willing and able to be a donor.”

The researchers found that patients with biliary atresia who received a transplanted maternal portion of liver had a failure rate of 3.7 percent, compared to the failure rate of 10.5 percent observed in recipients of paternal livers.  In children who had liver transplantation for other diseases, there were no differences in the transplant outcome between maternal or paternal grafts.

The results will be published in the January issue of the American Journal of Transplantation and can be found online.

Biliary atresia, which affects one in 10,000 newborn infants, occurs when the common bile duct between the liver and the small intestine is blocked or absent. While early surgical intervention to treat biliary atresia is critical to prevent irreversible liver damage, once the liver fails, a liver transplant is required.

“We were testing the idea that if cells from the mother travel into the fetus during pregnancy and are involved in maternal-fetal tolerance, this phenomenon may have a long-lasting effect for transplantation tolerance when the mother donates an organ to the child,” MacKenzie said.

Co-authors of the study are Amar Nijagal, MD, Shannon Fleck, BS, Nancy Hills, PhD, Sandy Feng, Md, PhD, Qizhi Tang, PhD, Sang-Mo Kang, MD, and Phil Rosenthal, MD, all of UCSF.  It was funded by the Irene Perstein Award and a grant from the California Institute for Regenerative Medicine.

UCSF Benioff Children’s Hospital creates an environment where children and their families find compassionate care at the forefront of scientific discovery, with more than 150 experts in 50 medical specialties serving patients throughout Northern California and beyond. The hospital admits about 5,000 children each year, including 2,000 babies born in the UCSF Medical Center. For more information, go here.