Examining venom from a variety of poisonous snakes, a group of researchers at the University of California, San Francisco has discovered why the bite of one small black, yellow and red serpent called the Texas coral snake can be so painful.

The venom contains a toxic mixture of chemicals that includes two special proteins that join together, glom tightly onto tiny detectors on human nerve endings and don’t let go. These detectors normally sense acid burns, and after the snake bites, the victim’s brain receives unrelenting signals of an acid-like burn.

“Bites from this snake are associated with really intense, unremitting pain,” said David Julius, PhD, the Morris Herzstein Chair in Molecular Biology & Medicine at UCSF, who led the research. “This work helps to explains why and gives us new tools for examining how our brains perceive pain.”

Described this week in the journal Nature, the work teases apart the components of the Texas coral snake’s venom and shows how they work in the human body.

While common in Texas and Louisiana, the snake is not considered a major threat to humans. It does not bite people often – doing so only defensively when trapped. When it does, however, its neurotoxic venom is so potent that those bitten often have to be hospitalized and given large doses of morphine and other drugs to dampen the intense pain, which can last for weeks.

Venom, Pain, and the Brain

Many of the venoms and toxins in the natural world work by triggering normal mechanisms in the human body designed to detect things like temperature, pressure, and other physical and chemical factors in our environment. 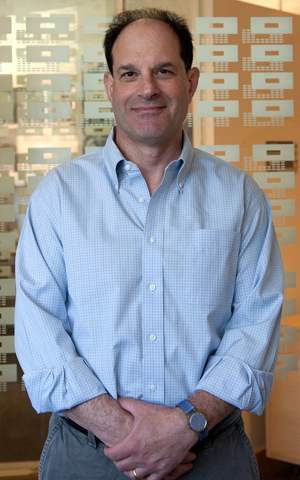 All the information the brain receives about sights, smells, textures and tastes comes through molecular detectors. Found at the ends of nerve fibers, these detectors are simply tiny protein channels that can alternatively open or close if they perceive the proper stimulus from a chemical, heat, cold or the pressure of touch.

When they do, and when the right balance of openings and closings occurs all over a nerve ending, that nerve will fire, ultimately passing a signal along the nerve fibers that connect the brain with our eyes, noses, fingers, tongues and other surfaces on our bodies.

Those various signals say to the brain “hot,” “cold,” “hard,” “soft” or “bitter" – cues that give life to our perception of the world around us. This basic physiology both enables us to experience all the soft, warm, pleasant things in life but also warns our brains about dangers.

Pain is one of the most important alerts for our brain that we are at risk of injury, causing us to wince, squint, gasp or otherwise pull away to protect ourselves.

At the same time, pain often outlives its usefulness as a warning system. In many people with disease or injuries, the pain can become chronic and debilitating. Moreover, not all pain is accurately perceived by the brain. Numerous plants, insects, reptiles and other creatures have evolved the ability to produce toxins or venoms for hunting or to protect themselves against predation. These venoms co-opt the human sensory systems and can trigger severe pain.

The venom of the Texas coral snake may be an example of this, said Julius.

“Presumably these toxins have evolved as anti-predatory mechanisms to protect the animal,” he said. The work follows up on earlier discoveries Julius and his colleagues have made involving the spice of chili peppers, wasabi and mint, and how their chemicals work in the body.

How the Venom Works

By exposing neurons cultured in Petri dishes to the various venoms, Bohlen found that the venom from the Texas coral snake targets a receptor protein found on nerve endings all over the body that is sensitive to acid.

Our nerves are very sensitive to acid – think lemon juice on a paper cut – and for good reason: acid is often an early warning sign for injury.

The researchers found that the snake venom contains two proteins that bind to each other and attach themselves to the human acid receptors much tighter than acid itself does. The proteins also resist being degraded, which may account for their ability to remain on the channels for a long period of time – much longer than acid would.

According to Julius, this accounts for the prolonged, intense pain suffered by people bitten by the coral viper.

The toxin provides a tool for looking at the physiological effects of pain receptors, he said. It also suggests that naturally produced components of the human body might be able to mimic the effect of the toxin as part of the normal physiology of modulating pain through these receptors. Having an activator for this channel, like the snake venom, will help researchers search for such natural products and use them in the design of new compounds to block pain.

Moreover the snake venom was found to target a human protein known as the acid-sensing ion channel 1 (ASIC1). For years work in the field has focused on a similar receptor called ASIC3. The work on the Texas coral snake has suggested for the first time that ASIC1 may be a viable target for painkillers.

This work was supported by funding from the National Institutes of Health and the Howard Hughes Medical Institute. Additional support was provided by a Ruth L. Kirschstein National Research Service Award, a postdoctoral fellowship from the Canadian Institutes of Health Research and an NIH postdoctoral training grant from the UCSF Cardiovascular Research Institute. David Julius is on the advisory board of Hydra Biosciences, Inc., which is investigating potential new approaches for developing pain drugs.

Besides UCSF, authors of the research paper were affiliated with the University of California, Berkeley and Texas A&M University.