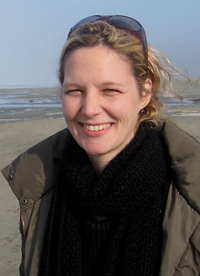 Linda Wilbrecht, PhD, a neuroscientist at the Ernest Gallo Clinic and Research Center at the University of California, San Francisco (UCSF), is one of 94 researchers named today by President Obama as a recipient of the Presidential Early Career Awards for Scientists and Engineers (PECASE).

Wilbrecht, UCSF assistant professor of neurology, will receive the award in recognition of the promise she has demonstrated as a scientist and her research program on the effects of stimulants, such as cocaine, on the development of neural circuits in the brains of rodents. The research is supported by the National Institute on Drug Abuse.

The overall goal of Wilbrecht’s research is to uncover the effects of drug use and stress on the development of neural circuits, and to develop strategies to mitigate drug dependence.

PECASE is the highest honor given by the United States government to science and engineering professionals in the early stages of their independent research careers. The winners, who will be presented with their awards by the President at a White House ceremony in October, receive research grants of up to five years to further studies that support critical government missions.

Sixteen Federal departments and agencies join together annually to nominate candidates for the PECASE award. Candidates are selected for their pursuit of innovative research at the frontiers of science and technology and their commitment to community service as demonstrated through scientific leadership, public education or community outreach.

“This honor bestowed on Dr. Wilbrecht reflects not only the promise and importance of her research, but is also recognition of the gravity of the issue she is studying,” said Gallo Center Director Raymond L. White, PhD. “Problems such as adolescent substance abuse are at the heart of the Gallo Center's mission. We are pleased to congratulate Dr. Wilbrecht on this prestigious award.”

Neural circuits of the frontal cortex are known to be refined and rewired during adolescence, suggesting that adolescence may be a critical period for higher brain functions such as learning, judgment and decision making.

“It is clear that drugs can change the strength of neural circuits,” said Wilbrecht, “and that exposure to drugs during development may have a particularly strong impact on the brain.” The challenge now, she said, “is to sort out which specific circuits are altered, so that we can harness neural plasticity – the ability of the brain to dynamically alter synaptic connections – to move the brain back towards a pre-addiction state.”

Wilbrecht became interested in the concept of developmental critical periods at age 15, while studying with Harvey Sarles, PhD, at the University of Minnesota. She then studied psychology and philosophy at Oxford University, where she worked on animal models of schizophrenia under Susan Iversen, PhD. Her doctoral research focused on mechanisms underlying the sensitive period for song learning in songbirds with Fernando Nottebohm, PhD, at Rockefeller University. As a postdoctoral fellow with Dr. Karel Svoboda at Cold Spring Harbor Laboratory and Dr. Michael Merzenich at UCSF, Wilbrecht focused on how changes in experience affect synapses in the rodent brain.

In 2008, Wilbrecht was invited to establish her own laboratory at the Gallo Center. Her research group studies the impact of experience on the development of the frontal cortex, executive function and decision making.

“Most people would agree adolescence is a formative moment in our lives,” Wilbrecht said. “Our sense of self, our personality, our likes and dislikes, our musical taste, all seem to take more definitive shape during this time. However, if we start out on the wrong foot early in life, it is also harder to change as an adult. I'd like to know why this happens at a biological level and use this information to develop therapies for addiction and other conditions associated with early life adversity.”

In 2009, Wilbrecht received the BioBehavioral Research Award for Innovative New Investigators (BRAINs) from the National Institute of Mental Health.