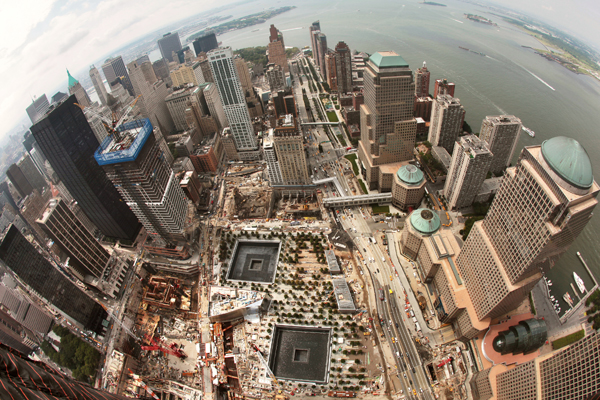 David Vlahov, PhD, RN, clearly recalls the morning of September 11, 2001. The dean of UCSF’s School of Nursing was working just a few miles away from Ground Zero in New York City.

“I remembered hearing the planes crash into the World Trade Center, and assuming that an air traffic controller had made a mistake,” he said. “And then when we heard the second plane, I think everybody’s anxiety snapped like, ‘We really are under attack.’ ”

As a trained nurse, Vlahov’s instinct was to head toward the disaster to help the victims. He stopped at the emergency room of a nearby hospital, ready to offer his services.

There was little precedent for 9/11. Almost 3,000 men, women and children were killed when terrorists flew commercial airplanes into the Twin Towers, the Pentagon and a field in Shanksville, Pennsylvania. The last time America had been attacked on its own soil by a foreign enemy was Dec. 7, 1941, at Pearl Harbor, Hawaii, where 2,459 American lives were lost.

Some who experienced 9/11 first hand suffered from Post-Traumatic Stress Disorder (PTSD), severe anxiety that can occur after exposure to any traumatic event.

“It’s not unique but there were unique features in that it was a terrorist attack,” said Mardi Horowitz, MD, director of the Center on Stress and Personality at UCSF, who pioneered the study of PTSD in the 1970s. “Some people flew planes into those buildings and they did it deliberately intending to kill people and that’s an extremely frightening thing.”

First responders such as police officers and fire fighters spent days sifting through debris, searching for victims and treating those they found. Their training protected many of them from experiencing severe psychological trauma.

“They had a feeling they knew what they were doing and it was rehearsed,” Horowitz said. “The events seem unreal and yet you have to go and do what you’re trained to do.”

To better understand the lingering effects of 9/11, Vlahov and his colleagues conducted a mental health assessment and follow-up of 3,000 New York City residents. The goal was to compare the impact of 9/11 with that of other natural or man-made disasters. Typically instances of PTSD among survivors are in the 4 percent to 5 percent range. Vlahov’s data for 9/11 victims showed PTSD in the 8 percent to 9 percent range, double what he was expecting.

“One finding that was critical was if a person has a panic attack, that is a big predictor they’re going to get PTSD,” he said. “So we realized if a person is experiencing that panic attack right around the event, you want to intervene.”

Vlahov’s wife Robyn Gershon, MHS, DrPH, professor in residence for the Institute for Health Policy Studies at UCSF, was the principal investigator of the World Trade Disaster Study as a Columbia University professor. Her research included interviews with more than 1,500 workers evacuated from World Trade Center Towers 1 and 2. She found that those who were previously disabled in any way, including having the flu at the time of the attack, were much slower to leave the building and significantly more likely to be injured during their evacuation.

“Evacuees who perceived themselves better prepared to evacuate were more likely to have fewer delaying behaviors, were more likely to descend at a faster rate, have fewer injuries and were less likely to report a diagnosis of short or long term PTSD,” Gershon said. “We are hypothesizing that preparedness improves resiliency. This is a novel finding and it is important because you can train people on preparedness.”

She also found that 9/11 victims who suffer from PTSD experience it differently than military members returning from war. This difference could reflect that soldiers are mentally prepared for a known quantity, such as a war zone, while office workers were caught off guard by a terroristic attack.

“There is no question that an unanticipated unknown assailant on unsuspecting civilians is worse,” Gershon said. “The people in my study reported that they felt as if someone had tried to murder them. It felt very personal.”

With the passage of time, the vast majority of people suffering from 9/11-related PTSD—about 90 percent—have been able to heal. Those who could make sense of the attack, reframe it as something not personal and regain a belief in the ultimate goodness of mankind were better able to move forward.

So events like the commemoration of the 10th anniversary of 9/11 can be cathartic for not just its immediate victims, but the entire the country.

“The thing that makes people move ahead and cope is feeling that we’re all in it together and that we’re caring for each other,” said Horowitz, who visited Ground Zero two weeks ago.

“It was a moving experience and I’m identifying with America, and the people that cared for the victims,” he said. “People are trying to protect other people from terror. So it’s good to have these reminders.”

And that’s also how Vlahov feels this week, as he reflects on 9/11 and the people he worked with during the weeks and months following the events.

“The esprit de corps formed there,” he said. “I think will last a lifetime.” 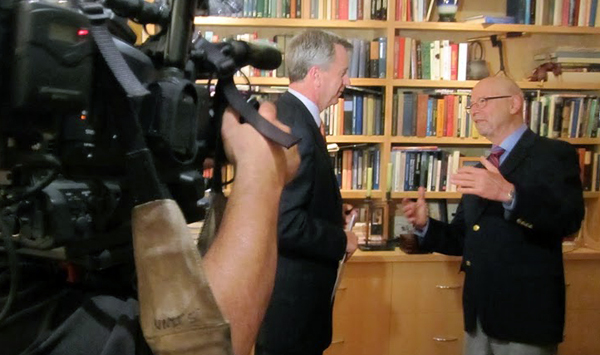