UCSF patients with minor medical needs seeking treatment in the Emergency Department now can make an appointment to be seen — waiting at home instead of the hospital — via a new online check-in service called InQuickER. 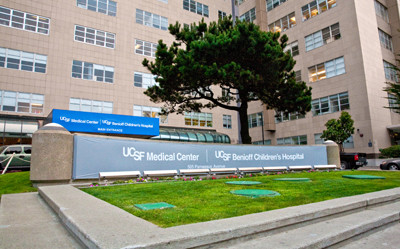 UCSF Medical Center is now offering patients with mild medical emergencies a chance to reserve a time to be seen in the Emergency Department using a new online system.

UCSF patients can register online for a $4.99 fee and pick an open slot for an emergency room visit. The fee will be refunded if they’re not seen within 15 minutes.

In April, UCSF did a trial run with the online service, which 22 people used. UCSF Medical Center launched the system a few weeks ago.

“One thing we encountered during the trial was that a lot of patients were using it inappropriately,” said Jennifer Dearman, the Emergency Department’s patient care manager. “The online registration is screened by ED nurses and we have had to advise some patients to come directly to the ED. This service is for a fast-track kind of patient.”

“For example, a cancer patient on chemotherapy with a fever can have complicated issues and should be seen in the regular ED, so InQuickER is not appropriate for that person.”

Waiting at Home vs. Hospital

About 105 patients a day visit the emergency room at UCSF Medical Center on the Parnassus campus, Dearman said, and the average time between arrival and departure, for those not admitted to the hospital, is four-and-a-half hours.

That's in keeping with the average wait in 2009 for ER patients throughout California: four hours and 34 minutes –  27 minutes longer than the U.S. average, according to a 2010 report by health care consulting firm Press Ganey.

Dearman said patient satisfaction was the main reason UCSF Medical Center adopted InQuickER. “It also helps us control the flow,” she said. “The general population doesn’t think the emergency room ever has slow times. But it does.”

UCSF is one of 55 health care facilities in 13 states partnering with InQuickER, said spokesman Chris Song. The service, based in Nashville, began in 2006 after its founder, Tyler Kiley, had to go to an emergency room and spent hours witnessing stasis and frustration.

“He just thought there had to be a better way,” Song said. “With our service, you still have to wait but you get to do it somewhere else. Like on your couch instead of being surrounded by other sick people.”

Song said InQuickerER provides patients with convenience, comfort and some level of control. And it allows emergency department staff to know who’s coming and what symptoms they have, so that they can better prepare.

“It can help reduce the burden of peak times and spread it out,” Song said. “It creates more efficiency and a better environment in the waiting room.”

So far, more than 10,000 people have used the service; 95 percent have been seen within the 15-minute window. In a triage situation, of course, even people who have registered will have to wait. When there are delays, users are notified through text messages and emails with updated projections on treatment times.

The service is available online. It is growing rapidly, Song said, which is not surprising: A study led by San Francisco General Hospital emergency physician Renee Hsia, MD, MSc, found that the number of hospital-based emergency departments in the United States is declining, despite an increase in the number of patients seeking emergency care.

The study by Hsia, an assistant professor in the Department of Emergency Medicine in the UCSF School of Medicine, was published in the Journal of the American Medical Association in May. It reported that 27 percent of urban and suburban emergency rooms have closed in the last two decades.

Editor's Note (April 2015): The InQuickER program is no longer available in the adult Emergency Department, although it remains in Pediatrics, Internal Medicine and Acute Care. Where it is available, the service is now free of charge.