A new study by the University of California, San Francisco’s Cardiac Electrophysiology Service seeks to discover for the first time the true causes of sudden cardiac death (SCD), why it is more prevalent in some demographic populations, and whether it is too often inaccurately cited as a cause of death.

Working with the Office of the Chief Medical Examiner for the City and County of San Francisco, researchers will fully investigate every death attributed to a sudden cardiac event in San Francisco over a three-year period. They hope to learn the biological risk factors for the disease and improve medical therapy for patients. 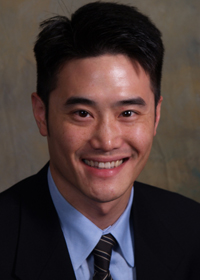 The rich character and cultural composition of San Francisco make it an ideal microcosm for such population studies. According to the U.S. Census Bureau, San Francisco’s current level of ethnic diversity is where the national demographic will shift to in about 30 years. The researchers express hope that the study will result in valid predictors for the prevalence and causes of sudden death within the entire U.S. population.

Recognizing the need for timely research in sudden death, the National Institutes of Health awarded UCSF funding of $1.9 million over five years for Zian H. Tseng, MD, assistant professor of medicine in UCSF’s Cardiac Electrophysiology Service, to mount a comprehensive community-based project with the Medical Examiner’s office, where all such deaths are reported.

“More than anything, we want to prevent SCDs by understanding who is at highest risk for the disease and which medical interventions, like defibrillators, are likely to be most effective,” Tseng said. “To do that, we need to know the prevalence of risk factors such as inherited arrhythmias in various populations and whether an individual actually died of SCD rather than an aneurysm, for example. A great way to collect that data is to utilize public information already being collected by the Medical Examiner’s Office.”

According to Amy Hart, San Francisco’s chief medical examiner, “There are really no guidelines for medical examiners and coroners in the investigation of sudden cardiac deaths. This research will inform not only a large public health problem but could also advise future policy for all medical examiners.”

Ellen Moffatt, MD, assistant Medical Examiner and a collaborator on the study added, “We are excited to partner with Dr. Tseng on this important project. Sudden cardiac deaths make up a large burden of overall mortality but have been inconsistently investigated.”

Sudden cardiac death affects an estimated 295,000 people per year and impacts ethnic populations with varying degrees of incidence; African Americans, for example, suffer a rate nearly three times higher than Caucasians. SCD is defined by the American Heart Association as death resulting from an abrupt loss of heart function, or cardiac arrest, in which the victim may or may not have diagnosed heart disease. The time and mode of death are unexpected and occur within minutes after symptoms appear.

There are many reasons for the study, according to Tseng. Little is actually known about the underlying causes of sudden death or what accounts for the observed racial disparity. The disease has not been widely researched; what knowledge does exist is nearly 30 years old and has been derived mostly from homogeneous Caucasian populations, and likely included subjects who died of reasons other than SCD.

“To complicate the situation further,” Tseng said, “when autopsies are performed on only 10 percent to 15 percent of cases, it makes for a lot of assumptions.”

During the second phase of the study, the team will build a database of the cases, including information about heart tissue and clinical data from the deceased subjects’ past medical records.

Tseng has designed a systematic way of looking at the heart that analyzes factors such as scarring, weight and thickness of heart walls, as well as the presence of other conditions including diseases of the heart valves. Information from autopsies previously performed by the Medical Examiner’s Office on individuals who died from causes not related to the heart, such as falls or car accidents, will be compared against the SCD data.

The World Health Association defines SCD as collapse within one hour of symptom onset, if witnessed, or last seen alive 24 hours before collapse, if not witnessed. Tseng hypothesized that the very definition of sudden cardiac death is inaccurate, allowing deaths from unknown causes – such as hemorrhage, vascular aneurysm or stroke – to be lumped into the sudden-death category by physicians filling out death certificates.

Knowing the actual cause of death is critical, say researchers, because medical responses such as defibrillators can help prevent SCD for someone prone to cardiac arrhythmias, but will not help a patient with, say, a heart valve malfunction.

“Until we know what we’re dealing with, we can’t apply our treatments properly,” Tseng said. The team also hopes that the SCD research effort will encourage community physicians to order autopsies when faced with possible SCD cases – only then will answers about the little-known disease come to light.