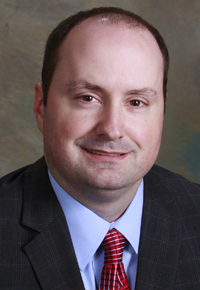 Last year a four-year-old arrived at UCSF Medical Center from the emergency room of another hospital with pneumonia — and worse. Infected with H1N1 influenza virus, the child had developed a blood clot.

The clot had dislodged and gotten stuck in one of the big vessels supplying much of the oxygen-rich blood to the child's brain. It was a stroke, and if the UCSF medical team had not responded in time, the child could have died.

The lessons of that day are part of a new retrospective study by interventional neuroradiologist, James Tatum, MD, and colleagues at UCSF looking at the effectiveness of treating children having stokes with a technique known as "mechanical embolectomy," a standard treatment for stroke in adults.

"Mechanical embolectomy holds promise as a first-line therapy for large vessel acute ischemic stroke in children," said Tatum, who presented the work last week at the 63rd Annual Meeting of the American Academy of Neurology in Hawaii. However, he added, "larger studies are going to have to be performed in order to investigate."

Largest Small Study of all Time

The study looked at four children treated for stroke at UCSF in the last few years using two devices approved by the U.S. Food and Drug Administration.

One, the "Merci" manufactured by Concentric Medical, Inc. in Mountain View, is a corkscrew of sorts that surgeons thread through the blockage and then pull out to remove the obstruction. The other device, called the "Penumbra System" and manufactured by Penumbra, Inc. in Alameda, is a tube with a plunger that creates suction and aspirates the clot away.

Typically these mechanical devices are combined with a clot-busting compound like tPA, which breaks up the molecules gluing the clot together and helps clear the artery.

In the four cases described in the study, both devices performed well, Tatum said. Neither Tatum nor UCSF has any financial interest in either device.

Even though there were only four children in the study, it was something of a milestone because it nonetheless was the largest group of children ever studied for this new type of stroke treatment. Even though stroke is one of the leading causes of death in adults, it is relatively rare in children. All the large clinical trials for treating stroke have focused on adults.

"This is new territory," said Tatum. "All the data out there is on adults."

For instance, it is not clear how much tPA children should be given. Currently dose schedules are extrapolations based on the notion that children are — in a sense — little adults. But there are no studies to support this, Tatum said.

Moreover, the guidelines on using the clot-busting drugs tPA call for it only be used within the first three hours of a stroke — a recommendation based on studies in adults that showed it becomes less effective beyond this window.

"What is not clear, said Tatum, is whether this window of effectiveness in adults is valid in children. There is no evidence to prove it, and the UCSF study suggests the window for treatment of stroke could possibly be larger for children, since their younger brains and vasculature systems may be more robust and better able to adapt to injury".

The extra time would be a boon for doctors and the pediatric stroke patients they treat because when kids show up in the emergency room with a stroke, that may not be the first thing that doctors check for.