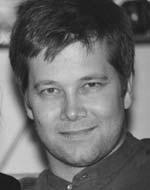 A tiny, translucent juvenile zebrafish, on the hunt for even littler prey, has offered up a big insight into how a specific circuit of nerve cells functions in the brain. The technique used to illuminate this circuitry, and the fish model itself, provide one of the first insights into the way individual sets of neurons control a specific behavior.

The finding, reported in Science, (October 29, 2010), also illuminates the mastery of evolution, in the finely tuned mechanism the research reveals. The zebrafish, the team discovered, has a set of nerve cells, or neurons, that filters out large background patterns from the animals’ visual perception of its surroundings, enabling the fish to see only small prey, such as the evidently delectable single-celled paramecium. See Video

The discovery showcases the neural basis of an essential survival skill, according to Herwig Baier, PhD, UCSF professor of physiology and the paper’s senior author. “The fish’s tiny brain needs to recognize and track a swimming paramecium against a visual background that is rich in distracting patterns,” he said. “This finding shows how the brain filters out all the big inedible stuff and make the small objects stand out.”

More broadly, the finding reveals a fundamental neural mechanism seen throughout the brain of vertebrates, including humans. Scientists have inferred that neural circuits prevent irrelevant background information from reaching the brain’s decision-making centers. However, they have not seen this activity at the level of individual circuits of nerve cells.

“The brain is the last frontier in biomedical research,” Baier said. “We know the function of every type of cell in the kidney, for instance, how every solute in the blood is retained or secreted. When it comes to the brain, we have only a very rough understanding. We’re at a level of understanding that is equal to knowing that the kidney filters solutes out of the blood. The transparent nervous system of zebrafish allows us to examine an individual population of nerve cells in ways that are very difficult or impossible with rodents, nonhuman primates or humans.”

Nerve cells in the tectum are involved in the localization, tracking and capture of small moving prey, and in the detection of, and escape from, predators. The region is made up of two layers of nerve cells. A superficial layer receives signals from neurons in the retina of the eye, and a deeper layer of cells transmits that processed information to “pre-motor” areas of the brain that issue a behavioral response—to target a prey or avoid a predator.

Previous studies have shown that tectal neurons in a range of vertebrates respond preferentially to small stimuli, which occupy just a fraction of the neurons’ receptive fields. In the current study, the scientists set out to identify the neural substrate that explains this phenomenon.

Their strategy was to track the flow of neuronal activity in the tectum as fish watched a video containing three stimuli: a brief flash that filled the entire screen, a thin black bar moving at speed of prey across the screen, and a bar of the same size and speed moving in the opposite direction.

They inserted into the cells a protein called GCaMP that had been genetically engineered to light up fluorescently whenever the protein bound to a calcium ion. This binding occurs when an electrochemical messenger, or neurotransmitter, moves from one neuron to another – the basis of communication among neurons in the brain.

The team determined that when the zebrafish watched the visual stimuli, the retinal axons at the front of the eyes responded equally to large and small prey, while the neurons in the deep layer of the tissue responded only to small stimuli.

The explanation, the scientists discovered, was that a small number of GABAergic inhibitory neurons known as superficial interneurons (SINs) reside in the superficial layer of the tectum, right at the entrance to the region, and block communication about large stimuli from entering the deeper region of cells. The SINs lit up brightly in response to large stimuli, indicating they were active, causing an inhibitory effect. They did not light up in response to small stimuli, indicating that the information about the small stimuli could pass through to the deeper layers.

To further elucidate the finding, the scientists either silenced the SINs’ inhibitory effect, by expressing a toxin that blocked secretion of neurotransmitter, or completely removed the cells, using a novel optical ablation technique. In both cases, the neurons in the deeper layer of the tectum lost their ability to distinguish sizes; their fluorescence became bright in response to both small and large stimuli. Most notably, the fish were no longer able to catch their prey.

“Feed-forward inhibition is likely a fundamental principle repeated in many places of the brain,” Baier said. “For the first time, we can pinpoint this function to a particular type of interneuron. This discovery was made possible by combining genetics with optics in analyzing the function of neural circuits in the brain.”

Other co-authors of the study are Estuardo Robles, PhD, Amanda Tran and Ethan K. Scott, PhD, of the Baier lab, and Loren Looger of the Janelia Farm Research Campus of the Howard Hughes Medical Institute in Ashburn, VA.

The study was funded primarily by the National Institutes of Health, including the NIH Nanomedicine Development Center for the Optical Control of Biological Function, as well as a Sandler Opportunity Award and the Byers Basic Science Award.