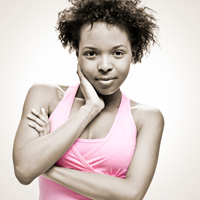 “Prior to the new recommendations, women age 40 and older were all recommended to be screened in the same manner,” said UCSF breast cancer researcher Karla Kerlikowske, MD. “I think we owe it to women to do better than that and to move toward more risk-based screening.”

On Nov. 16, the U.S. Preventive Services Task Force (USPSTF) released a recommendation against annual mammograms for women age 40 to 49, saying that for many patients earlier screening may do more harm than good. This represents a significant shift from the group’s previously issued guidelines, which in 2002 called for lowering the annual screening age from 50 to 40.

The government-appointed task force — a group of independent health experts that provides guidance to doctors, policy makers and insurance companies — also said healthy women age 50 to 74 should have mammograms less frequently: every two years instead of once a year.

The report, which was published online in the Annals of Internal Medicine, found that while mammograms reduce breast cancer deaths by about 15 percent, they also lead to unnecessary tests and treatment.

Women in their 40s are less likely to have breast cancer than women over 50, and yet the younger women are about 60 percent more likely to receive a false-positive result from a mammogram, the report said.

“When the benefits of a test — in this case screening mammography and clinical breast examination — don’t clearly outweigh the harms, women need to be informed and given a choice rather than a universal recommendation to undergo the test,” said Kerlikowske, a professor of medicine, epidemiology and biostatistics at UCSF and director of the women’s clinic at the San Francisco Veterans Affairs Medical Center (VAMC), who wrote an editorial that accompanied the USPSTF report.

The new guidelines are not meant for women at increased risk for breast cancer, such as patients with a genetic predisposition that makes cancer more likely or a health history that includes extensive chest radiation.

UCSF surgeon and breast cancer oncologist Shelley Hwang, MD, said that while the recommendations were controversial, she applauded the task force’s push to “reserve screening for patients who will benefit most from it” and to reduce the health hazards associated with unnecessary treatment.

“We need to move away from a one-size-fits-all model,” she said. “Treatment is already moving in a more personalized direction; screening should, too.”

Focusing on Cancers that Kill

The new guidelines emerged several weeks after an opinion paper in the Journal of the American Medical Association made waves by concluding that after more than two decades of widespread screening for breast and prostate cancer, “overall cancer rates are higher, many more patients are being treated, and the absolute incidence of aggressive or later-stage disease has not been significantly decreased.”

The paper’s co-author, Laura Esserman, MD, a UCSF professor of surgery and radiology and director of the UCSF Carol Franc Buck Breast Care Center, suggests that screening increases the detection of slow-growing, non-life-threatening tumors, while often missing the most aggressive cancers before they begin to spread.

Esserman and her fellow authors, including UCSF medical student Yiwey Shieh, called for the development of tests to distinguish lethal cancer from minimal-risk disease, and they urged doctors reduce treatment for low-risk disease to avoid potentially harmful interventions.

“If we can identify groups of patients that don’t need much treatment, or don’t need to be screened, wouldn’t that be great?” Esserman said. “For both breast and prostate cancer we need to invest in changing our focus from the cancers that won’t kill people to the ones that do.”

To provide more custom-tailored recommendations for breast cancer prevention, doctors and researchers must understand “how well mammography performs in different women at different levels of risk, both from a benefit and a harm standpoint,” Kerlikowske said.

She and fellow investigators within the nationwide Breast Cancer Surveillance Consortium are in the process of submitting a grant to study those very issues. The consortium is a collaborative network of seven mammography registries, including the San Francisco Mammography Registry at UCSF.

“We need to be more sophisticated about the women of all ages we select for regular screening,” Kerlikowske said.

Reacting to the USPSTF recommendations, the National Cancer Institute said it was re-evaluating its own guidelines.

However, officials at the American Cancer Society and the American College of Radiology said they would continue to advise annual mammograms for women starting at age 40.