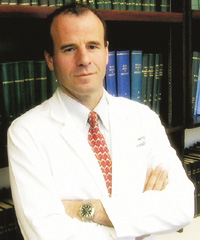 William L. Young, MD, James P. Livingston Professor and vice chair, UCSF Department of Anesthesia and Perioperative Care, and professor of neurological surgery and neurology, will be awarded the 2009 Excellence in Research Award by the American Society of Anesthesiologists (ASA) at its annual meeting in New Orleans in October.

This award represents the highest honor that the ASA can bestow on an investigator.

Young, who is also the director of the UCSF Center for Cerebrovascular Research (CCR), is a prolific investigator whose work has had an impact on the scholarly development of neurosurgical anesthesia, and is a past president of its professional society. CCR is a multidisciplinary research center supported by the National Institutes of Health (NIH) and the UCSF Departments of Anesthesia, Neurological Surgery and Neurology. It promotes interdisciplinary collaboration among clinical, translational and basic science investigators.

A recipient of continuous NIH funding since 1990, Young began his career studying the cerebral effects of anesthetics and the cerebral hemodynamic sequalea of cerebrovascular surgery, gradually moving to a wide range of previously unexplored areas in basic, translational and clinical science aspects of cerebrovascular malformations.

Young grew up in Munster, Indiana, and attended both undergraduate and medical school at Indiana University. In 1985, after clinical anesthesia training at New York University Medical Center, he joined the faculty at the Columbia University College of Physicians and Surgeons, where he had completed clinical and research fellowships. He joined the UCSF faculty in 2000.