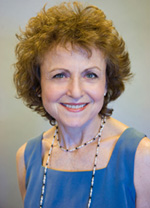 When a patient is in critical condition, Claire Brindis, DrPH, MPH, does what any good doctor would do: She analyzes the symptoms from every angle and considers the short- and long-term ramifications of each potential treatment.

Of course, Brindis, a UCSF professor of pediatrics and health policy, is no ordinary doctor. She is the director of UCSF’s Philip R. Lee Institute for Health Policy Studies, and as a renowned policy expert, her current high-priority patient is the nation’s ailing health care system.

Her diagnosis? One of the biggest threats to a fully functioning health care system is inertia.

“Change is threatening to people,” she said. “We’re accustomed to the system we have, even with all of its imperfections. And it is this inertia and vested interest that are preventing a lot of the momentum that’s necessary to get us to a much more equitable and affordable health care delivery model.”

At the same time, Brindis said, health care reform is hugely complex, with many pieces that are all interconnected.

With the current federal reform efforts dominating the headlines, Brindis is hardly alone in weighing in on what she thinks is necessary to fix a system that costs trillions of dollars per year while leaving an estimated 46 million Americans without health care coverage and many more with inadequate health benefits.

But she is uniquely qualified to do so, and she recently spoke about what she sees as the key issues, challenges and potential solutions. Here’s her take in her own words.

I’ve been using the analogy of the three-ring circus to describe the challenges we’re facing. One ring is coming up with equitable ways of covering the large chunk of people — 47 to 50 million — who are either partially covered or not covered at all.

Another ring is making existing coverage more equitable. So many people who currently have health insurance feel they don’t have portability or the ability to leave their jobs. Especially if they have pre-existing conditions, they fear they would never be able to obtain coverage through another health care plan.

The third ring is cost. Our current health insurance has a lot of misaligned incentives built into the system. We pay providers for the delivery of quantity, not quality, and we are not truly patient-centered in our present health-care delivery system.

In comparison, the current administration is trying to make this a more congressionally-driven effort, and it is also engaging industry partners who are not only very influential, but who play an important role in determining the cost of care and the way it is delivered.

Also, [President Obama] is focusing on a hybrid model, on implementing changes that build on components that are already in place.

We also need to recognize the many vested stakeholders in the current system. While many of them would prefer starting anew, given our country’s current economic state and our very fragmented, complicated existing system, retooling a health care system from scratch is highly unlikely.

If the plan doesn’t succeed:

Instead of trying to build Rome in one day, we need to start by closing some of the smaller gaps in the system.

The formation of health care co-ops (non-profit, member-run systems for providing insurance plans) is one potential approach. Most calculations estimate it will cost between $4 to 6 billion to provide seed money to make co-ops happen. As a first step, it would be important to have 15 or 20 of these up and running to try to learn from them before considering expanding the model on a larger scale.

Another strategy would be expanding the Children’s Health Insurance Program to include individuals up to age 26, or even 30, thus helping to fill a major coverage gap: one-third of today’s uninsured are between the ages of 19 to 29.

By demonstrating how incremental steps can close some of the gaps, we might be able to make health care reform more sellable and more palatable to the American public.

On the proposed public option:

(Reporter’s Note: In a nationally televised address to Congress on Sept. 9, President Obama outlined his health care reform plan, which includes a not-for-profit government-run health insurance program to be part of a new “insurance exchange” and compete with private insurers. This public option would be available only to those without insurance.)

There has been and will continue to be much debate regarding the public option, which some fear would contribute to the demise of the existing system. However, in his recent speech, President Obama predicted that less than 5 percent of Americans would likely be eligible for the public option, as it aims to meet the needs of a narrow segment of the population that might otherwise not have access to health care.

Still to come are the “devil in the details”— for example, the fact that the plan would not be rolled out for another four years and would include only certain segments of the population. What the administration needs to strive for is a fair playing field in terms that are readily understood by the American public, whose support of the reform effort is critical. The public has to understand that there will likely be a need for continued refinements, if and when a plan is officially launched.

The Obama administration is particularly sensitive to the fact that there are many environmental factors that contribute to disparities in both access to care and the relatively few efforts that have been built into our system to promote prevention.

But this is an area that still needs tremendous expansion and support if we want to succeed in establishing a new relationship between the health care system and an individual’s health. We need to figure out, how do you ensure that the right kind of grocery stores exist in low-income communities? What kinds of community partnerships will maximize opportunities for individuals to engage in healthier behaviors — for example, safer streets?

Physician payment reform is greatly needed to help control costs. While physicians receive less than 18 percent of Medicare expenditures, through the “power of the pen” they control the other 80 percent of the expenditures by ordering tests and procedures.

We need a system that rewards providers for effective, quality disease management, and that helps dissociate or separate physician reimbursement from the number of tests and procedures they order. These tests often have no value in improving patient outcomes, and in fact, may even put patients at increased risk by exposing them to unnecessary radiation or adverse outcomes from nonessential procedures.

As a society, we’re really starting to move much more in the direction of shared patient decision-making. We’re recognizing a new role for the consumer in the health care process.

For example, as more and more patients turn to the Internet for information, several major health care delivery systems are starting to respond to patients’ health care needs via a secured email approach. This is an extremely cost- effective and time-efficient way of engaging patients, while also providing them with positive reinforcement and trying to stop the spread of misinformation.

In addition, as our country ages and there is an increase in chronic health conditions such as diabetes, the relationship between provider and consumer must evolve into more effective partnerships, including sufficient support for patient-management tools.

Doctors must also have the ability to discuss end-of-life and quality-of-life issues with their patients —and get reimbursed by insurance companies for those discussions. These kinds of difficult decisions are important to discuss in terms of a patient’s well-being, but they also have a lot of cost implications as well.

Health care reform offers us an opportunity to establish large repositories of data to really answer the question: “Which drugs, devices or procedures work best for which patients, and under what circumstances?”

The Food and Drug Administration (FDA) goes through a whole process of clinical trials before they will approve a drug as “safe and effective,” but we then need much more information about what happens when you use that drug under real-world circumstances. We also need to know how it compares to other available treatments.

Today, unlike during the Clinton era, we have a far greater technological capacity to begin to monitor people and learn how effective our drugs and procedures are. In the near future, we will also have greater access to genetic information and be able to further tailor our clinical options to the needs of individual patients.

On the role of health care providers in reform:

We as providers have a skill set of being able to grasp and synthesize information in ways that make sense to patients and other consumers. We need to use that skill set, to reach out to people and address the concerns they have.

We also need to be really savvy about some of the pejorative and alienating language — such as “rationing medical care,” or “death panels” —that is being inappropriately and inaccurately used to polarize the health care reform debate.

Ultimately, we need to make it clear to the members of the public why change is needed, what it will mean for them, what are the short-term and long-term implications, and what kinds of investments they need to make.

Brindis was appointed director of the Philip R. Lee Institute for Health Policy Studies in June, after serving as interim director following the 2007 retirement of Harold Luft, PhD, a UCSF professor emeritus of health policy and health economics and a nationally recognized expert on health care policy.

The institute is one of the country’s premier centers for health policy and health services research. In addition to health care, its areas of focus include child and adolescent health, chronic illness, prescription drug policies, and substance abuse. The institute has more than 100 faculty, research and administrative staff, and fellows.

In addition to her teaching and her work with the health policy studies institute, Brindis has been instrumental in establishing three centers at UCSF: the Bixby Center for Global Reproductive Health; the National Adolescent Health Information Center; and the Public Policy Analysis and Education Center for Middle Childhood, Adolescent and Young Adult Health.