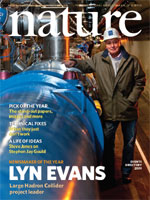 Scientists have discovered a novel way by which a much-studied cancer-promoting gene accelerates the disease. The finding suggests a new strategy to halt cancer’s progress.

Up to now, research has largely focused on how the mutated gene, Myc, disrupts the ability of DNA to be “transcribed” into RNA – the first step in making proteins that are essential for cell growth and function. But the new research shows that this altered Myc gene, called an oncogene, can also act directly on the final stage of protein production.

The finding in mice suggests that drugs already available to counter this increased protein production could slow or stop cancer’s runaway growth induced by Myc. Rapamycin, for example, an immunosuppressant drug already in clinical trials for cancer, might help treat cancers where Myc is over active, the scientists suggest.

The discovery was led by Davide Ruggero, PhD, and Maria Barna, PhD, faculty scientists at the University of California San Francisco (UCSF).

Study findings were published in the journal “Nature” (December 18, 2008).

“Control of protein production rapidly affects cell behavior, and in a robust manner,” explains Ruggero, assistant professor of urology at the UCSF Helen Diller Family Comprehensive Cancer Center and co-senior author on the paper with Barna. “The ability of the Myc oncogene to directly alter this process may well explain the rapid progression of cancer formation.”

Scientists have known for some time that when the Myc gene is mutated and becomes an oncogene, it interferes with the early steps in DNA activity in the cell nucleus. But how the oncogene affected the subsequent production of proteins, a step known as translation, was unknown.

“A cancer causing gene, such as Myc, regulates many distinct cellular processes, and that can make it very difficult to tease apart which ones are the most important for the cancer to progress,” says Barna, a faculty fellow in the UCSF biochemistry and biophysics department. “The key to our studies was the ability to generate novel genetic tools to halt Myc’s action on protein production. This demonstrates how essential this process is for cancer formation.”

In these mice, the restrained protein production restored to near-normal the cell growth, division and protective cell-sacrifice needed to counter cancer.

The scientists also found that this increased control over the so-called “translation” of RNA into proteins countered damage to chromosome function otherwise caused by Myc, and preserved functions vital to faithful cell division. Changes in the genetic integrity of cells are recognized as hallmarks of cancer, and the new findings show that Myc can cause these abnormalities through control of protein production.

The research suggests that Myc may disrupt a number of genes “downstream” of its damage to DNA, the scientists say.

“We discovered a previously unrecognized link between alterations in protein synthesis and the mechanism by which cells maintain the integrity of the genome,” Ruggero stresses. “We found that when Myc is overexpressed, this leads to changes in protein levels of a key gene that is essential for normal distribution of genetic material between daughter cells during cell division.”

The findings are a positive step, he emphasizes, because they suggest that halting Myc’s action on protein production with targeted therapies could prevent harmful genetic changes in cells that lead to cancer progression.

The research was funded by the National institutes of Health and the Sandler Foundation.