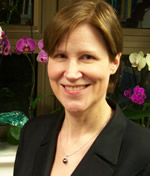 A close cousin of the bacterium that debilitated thousands of World War I soldiers has been isolated at UCSF from a patient who had been on an international vacation. The woman, who has since recovered, suffered from symptoms similar to malaria or typhoid fever, two infections that can occur in returning travelers.

But genetic detective work revealed that she was infected with a new bacterium that had never before been isolated from a human.

A UCSF infectious disease team, in collaboration with colleagues from other institutions, found that the new microbe is genetically similar to one spread by body lice in the trenches during World War I. That bacterium, called Bartonella quintana, caused a disease known as trench fever, and debilitated tens of thousands of soldiers with severe leg and back pain and recurrent fevers.

The new species, recently named Bartonella rochalimae, is also closely related to the bacterium identified about 10 years ago as the cause of cat scratch disease: Bartonella henselae, which infects more than 25,000 people a year in the U.S.

The discovery is reported in the June 7 issue of “The New England Journal of Medicine.”

The woman had been traveling in the Peruvian Andes. She suffered from potentially life-threatening anemia, an enlarged spleen and a high fever for several weeks, as do victims of malaria and typhoid. The Andes are also home to another Bartonella species, spread by sand flies. The researchers first thought this was causing the patient’s infection.

But genetic comparisons showed that although the new bacterium is related enough to be classified with the other Bartonella bacteria, it is nevertheless distinct from all of them, the UCSF team found. The UCSF lab is one of the few in the world able to isolate and grow human Bartonella species, and culture of the new organism made study of the DNA much easier.

Also collaborating on the research were scientists at the Massachusetts General Hospital of Harvard Medical School and the Centers for Disease Control and Prevention.

Before 1990, no Bartonella infections had been identified in the U.S. The new discovery is the sixth species identified that can infect humans, said Jane Koehler, MD, professor of infectious diseases at UCSF and senior author on the new paper.

Koehler encountered her first patient infected with Bartonella in 1987 during her first week of training in infectious diseases at the AIDS Clinic at San Francisco General Hospital Medical Center.

“The bacteria were eating away a bone in the arm of an AIDS patient - for months,” Koehler recalls. “They can cause extremely painful lesions and tumors of blood vessels on the skin of immunocompromised patients.  But when I saw this patient, this type of infection had never been seen at UCSF, and the bacterium causing the infection was unknown.”

Koehler’s group went on to discover that two different Bartonella species can cause these disfiguring and potentially fatal infections in AIDS patients. Identification of the bacteria required laboratory studies of some of the microbes’ DNA sequences.

She was surprised to find that one of the microbes that causes severe infections in AIDS patients in the U.S was the same species that caused trench fever in WWI soldiers fighting in Europe 80 years before. The work was published in “The New England Journal of Medicine” in 1992.

Several years later, her team discovered that the Bartonella henselae bacterium causes cat scratch disease, an infection that causes swollen lymph nodes and fever after a cat scratches its owner or an unlucky visitor.  They were again surprised to find that this microbe is the second Bartonella species to cause infection in AIDS patients.

Like trench fever, cat scratch disease had been described in the early 1900s, but no one knew what bacterium caused cat scratch disease until the infection was seen in the AIDS patients. This identification was published in “The New England Journal of Medicine” in 1997.

Koehler’s research group found that all pet cats of AIDS patients infected by B. henselae also had the infection in their blood.  In fact, about 41 percent of all the pet cats they tested in the San Francisco area had this bacterium in their blood. This work, detailed in the “Journal of the American Medical Association” in 1994, sounded the alarm that pet cats were often infected with a microbe that could be transmitted to their owners through a scratch.

These earlier investigations taught the researchers several important lessons: new diseases and new bacteria infecting humans are still being discovered, and it is important to carefully investigate the genetic make-up of all bacteria that appear in any new or unusual infection. This kind of sleuthing allowed the researchers to discover the new organism, Bartonella rochalimae.

“When a patient has a high and persistent fever, we need to come up with the correct diagnosis and treatment as soon as possible - particularly for those with a weakened immune system, who can die from the infection,” she says. “Also, different Bartonella species respond to different drugs, so it is essential to explore further and pinpoint which one is involved.”

The cat scratch bacteria and the one that brought down soldiers and AIDS patients can be reined in with the same antibiotic, but the Peruvian microbe is usually countered with different antibiotics, Koehler says. Also, caregivers, and medical staff need to know about the different species, so, for example, AIDS patients are cautioned about the dangers of cat scratches and exposure to body lice.  Medical staff should know to look for Bartonella infections if someone with a persistent, unexplained high fever has a cat, has been homeless or has been in the Andes Mountains.

“As we continue to discover new pathogens and how humans get infected with them, we improve our ability to diagnose, prevent and treat our patients,” Koehler notes. “This enables us to use our work in the laboratory to benefit patients in the clinics and hospital.”

The research was funded by the National Institutes of Health and the Burroughs Wellcome Fund Clinical Scientist Award in Translational Research received by Koehler.