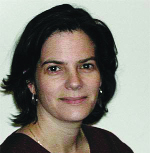 A study led by researchers at the San Francisco VA Medical Center has shown that extremely low doses of estrogen had no ill effects on the cognitive abilities or general health of older women over the course of two years.

“This is exciting. It shows that women can take estrogen safely,” observes lead author Kristine Yaffe, MD, chief of geriatric psychiatry at SFVAMC and associate professor of psychiatry, neurology, and epidemiology at the University of California, San Francisco.

“Those results raised a lot of doubts about whether women should be taking estrogen at all,” Yaffe notes.

The current study, published in the July 2006 issue of Archives of Neurology, looked specifically at the potential effects of estrogen on cognitive abilities and quality of life. A group of 417 post-menopausal women aged 60 to 80 were randomly assigned to receive a daily .014 milligram dose of either estradiol, a form of estrogen, or a placebo through a skin patch for two years. The women were given a battery of standardized cognitive tests and a test of health-related quality of life at the beginning of the study, after one year, and after two years.

At the end of the study, there was no difference between the two groups in either cognitive abilities or health-related quality of life.

“The results are very reassuring, because it suggests that women can use this patch without harm for two years,” says Yaffe. “It would benefit their bones and might have a beneficial effect in terms of hot flashes.”

A related study of the same group of women showed a significant increase in bone density, without adverse health effects, in the women who took estradiol compared to the women who took placebo. The current study was a pre-planned secondary investigation.

Yaffe speculates that the differences in health and cognition outcomes between these two studies and the WHI studies could be related to three factors: dose, type of estrogen, and means of delivery.

The women in the WHI studies received .625 milligrams per day of conjugated estrogen - a mixture of estrogen from several different sources - in pill form. In contrast, the women studied by Yaffe and her associates received a daily dose of estradiol - pure human estrogen - that was over 44 times smaller and delivered through a skin patch.

“The different between a patch and a pill is significant because medications taken in pill form are processed through the liver before they reach the bloodstream,” explains Yaffe. “It’s thought that estrogen in pill form might stimulate the liver to produce substances that can lead to clotting or other adverse side effects. With a patch, you bypass the liver and go straight to the blood.”

Yaffe notes that since the WHI results were announced in 2004, “the field of estrogen research has been stymied. Hopefully, this study will start to turn the tide.”

The research was funded by Berlex, Inc., with partial support from the National Institute of Aging.