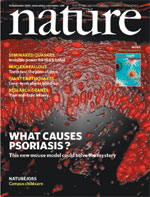 A UCSF study has revealed new information about how the brain directs the body to make movements.  The key factor is “noise” in the brain’s signaling, and it helps explain why all movement is not carried out with the same level of precision.

Understanding where noise arises in the brain has implications for advancing research in neuromotor control and in developing therapies for disorders where control is impaired, such as Parkinson’s disease.

The new study was developed “to understand the brain machinery behind such common movements as typing, walking through a doorway or just pointing at an object,” says Stephen Lisberger, PhD, senior study investigator who is director of the W.M. Keck Center for Integrative Neuroscience at the University of California, San Francisco.

The study findings, reported in the September 15 issue of the journal Nature, are part of ongoing research by Lisberger and colleagues on the neural mechanisms that allow the brain to learn and maintain skills and behavior. These basic functions are carried out through the coordination of different nerve cells within the brain’s neural circuits.

“To make a movement, the brain takes the electrical activity of many neurons and combines them to make muscle contractions,” Lisberger explains. “But the movements aren’t always perfect. So we asked, what gets in the way?”

The answer, he says, is “noise,” which is defined as the difference between what is actually occurring and what the brain perceives. He offers making a foul shot in basketball as an example. If there were no noise in the neuromotor system, a player would be able to perform the same motion over and over and never miss a shot. But noise prevents even the best players in the NBA from having perfect foul-shooting percentages, he says.

“Neuroscientists are interested in what limits virtuosity. Our finding is significant because it demonstrates that errors in what is seen can have a bigger impact on motor performance than errors in controlling muscles,” says co-investigator Osborne, who conducted the research.

“By studying how the brain reduces noise, we can learn more about how it processes sensory inputs, makes decisions and executes them. Understanding how noise is reduced to very precise commands helps us understand how those commands are created,” adds Lisberger, who also is a Howard Hughes Medical Institute investigator and a UCSF professor of physiology.

In the study, the research team focused on a movement that all primates, including humans, are very skilled at: an eye movement known as “smooth pursuit” that allows the eyes to track a moving target.

In a series of exercises with rhesus monkeys in which the animals would fixate on and track visual targets, the researchers measured neural activity and smooth pursuit eye movements. From this data, the team analyzed the difference between how accurately the animals actually tracked a moving object and how accurately the brain perceived the trajectory.

Findings showed that both the smooth pursuit system and the brain’s perceptual system were nearly equal.

“This teaches us that these very different neural processes are limited to the same degree by the same noise sources,” says Lisberger. “And it shows that both processes are very good at reducing noise. The differences that exist are likely caused by the separate parts of the brain that are responsible for the separate processes.”

He concludes, “Because the brain is noisy, our motor systems don’t always do what it tells us to. Making precise movements in the face of this noise is a challenge.  This study gives us new insights into how the brain works to do that.”

The research was supported by grants from the National Institutes of Health and the Howard Hughes Medical Institute.