Matthew State, MD, PhD, chair of UCSF’s Department of Psychiatry, is playing a key role in an ambitious effort to tackle San Francisco’s dire homelessness problem. He answers some tough questions about the challenge.

In recent years, homelessness has moved from the periphery to seemingly every street corner. Despite determined efforts by many to fix the crisis, it only seems to worsen. Is it an intractable problem? 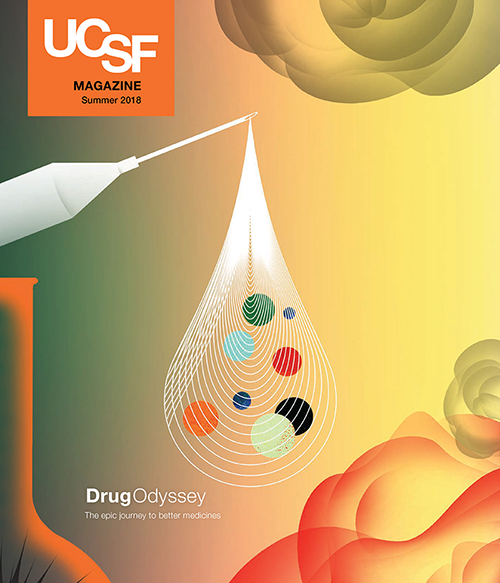 No, I don’t believe it is. It’s a persistent problem, but this is a city that has taken on enormous problems before. During the worst days of the AIDS crisis, academia, philanthropy, the nonprofit community, and government came together to attack what seemed to be an insurmountable challenge. This is the model we are following now in our effort to solve homelessness. We have a committed and diverse community willing and ready to get to work together, and I am proud the psychiatry department and UCSF are contributing to this effort.

You’re a renowned expert on the genetics of autism. Why are you focusing on homelessness?

I’m the chair of the psychiatry department at a leading public institution. We take care of people with psychiatric illnesses and substance use disorders. These are individuals who unfortunately are dramatically overrepresented among the homeless. The homeless population in San Francisco numbers more than 10,000 people, and conservatively between 30 percent and 40 percent suffer from mental illness and/or substance abuse. There is an essential connection between mental health and homelessness, and that makes addressing it a central part of our mission.

You came to UCSF in 2013 after having worked at Yale. Did you know solving homelessness was part of the job description here?

One of the reasons I came to UCSF was that this place is committed to bringing together world-class science and the public mission. It’s in our DNA. We staff the psychiatry services at Zuckerberg San Francisco General, our safety net hospital. This is ground zero, where the sickest and most vulnerable people in the city come for care and also happen to be overrepresented among the chronically homeless.

What role does the stigma of mental illness play?

The reality is we don’t fully understand what causes mental illness and substance abuse yet, so there’s still a pervading belief that “it’s a choice, it’s a moral failing.” It’s a fundamental misunderstanding of mental illness when people say that “it’s just part of the normal spectrum of human behavior” as opposed to “it’s a brain disease.” In fact, we know these are brain disorders not unlike Alzheimer’s disease. But from the standpoint of public policy and the health care system, in many ways it’s worse to have schizophrenia than it is to have Alzheimer’s. Few people would say someone suffering from severe dementia has a human right to wander the streets.

How can these attitudes change?

We need to keep up our efforts at advocacy and education. And attitudes will change as we understand the biology of mental illness and substance use disorder better. For instance, real progress in discovering the molecular basis of autism has made a big difference in how society views that condition. We’ve made tremendous advances in understanding a disorder that once was blamed on “refrigerator mothers.”

How is the Department of Psychiatry at UCSF attacking homelessness?

Through our public psychiatry programs, including training residents and fellows. Through services that care for severely mentally ill and addicted patients, and patients in supportive housing and the criminal justice system. In addition to psychiatric care, we offer vocational rehab, staff mental health court, consult with public schools and the SF jail, and provide services for teenagers in the criminal justice system. That’s just a small sample of the services we provide.

And through basic science. Some people see the basic science side as dissociated from some of these big societal problems. I don’t see it that way at all. I think science is going to transform our ability to take care of folks. If we had more effective treatments, many people would not end up sleeping on the streets. That’s the beautiful thing about being here at UCSF. We have an opportunity as one of the world’s great medical institutions to attack homelessness at all levels.

How have donors responded?

In many parts of the country, donors might think twice about having their name associated with drug abuse or mental illness. It’s clearly not that way in San Francisco. We have had remarkable support for a broad range of psychiatric issues since I arrived here five years ago. This institution and our community of supporters recognize homelessness and mental illness as the crisis of our time.

That’s why health equity is a central theme of UCSF: The Campaign. Do you know how unusual that is? I’ve never experienced any other place like UCSF.

When I don’t have to say, “We don’t have that service right now. We can’t get you a bed. There’s not an opening in that rehab program. I don’t have a doc available for a month or a social worker who can manage that.” That’s what we live with right now. Both my head and my heart tell me we have no choice but to get up every day determined to do better. There should be no place better than San Francisco for taking care of people who are homeless, mentally ill, or suffering from substance use disorders.

UCSF is working toward the day when a person afflicted with serious mental illness has the same expectation of care that a cancer patient has. Matthew State, MD, PhD, believes the path to achieving that goal is in partnerships with government, business, and nonprofit organizations.

The centerpiece of a system of community care, developed in partnership with the City of San Francisco Department of Public Health, includes Citywide Case Management, a division of UCSF’s Department of Psychiatry, which provides psychiatric services and vocational training to individuals with persistent mental illness; the Alliance Health Project, which offers services and support for the LGBTQ and HIV communities; the Trauma Recovery Center; and Division of Substance Abuse and Addiction Medicine.

UCSF is also developing a collaboration with Tipping Point Community, a non-profit dedicated to fighting poverty in the Bay Area. Tipping Point seeks to reduce the city’s chronic homeless population by half by 2022, through providing housing and working with the public and private sectors to tackle the many causes of homelessness.