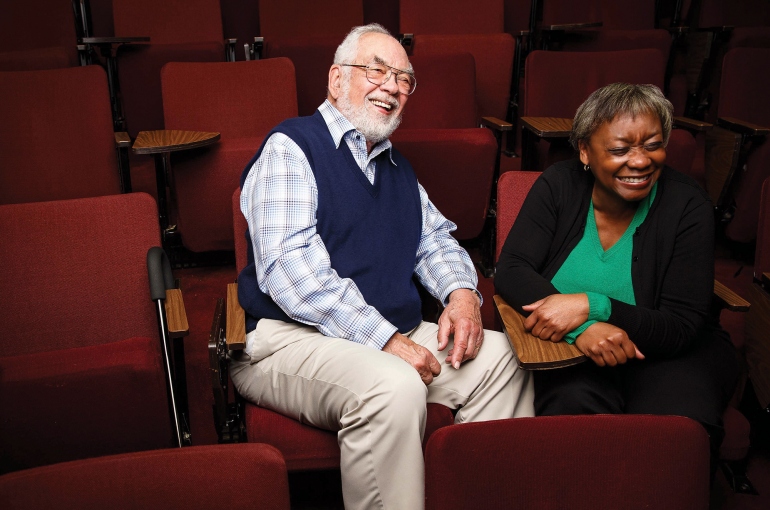 Gibson: Sharon was quick and smart, not the least bit intimidated in her [admissions] interview with me. I was associate dean for student affairs and head of minority recruitment at the time. I think she knew what she wanted to do, and if I got in the way, the hell with it.

Youmans: He was very approachable, a gentle giant whom I felt I could go to with anything. He always had the students’ best interests at heart. Some weren’t prepared academically, through no fault of their own, and Doc was there for them. He touched hundreds of student lives over the decades.

► The Mentors: Conversations About Lifelong Connections Built at UCSF

Read a digital flipbook of the entire spring issue of UCSF Magazine. 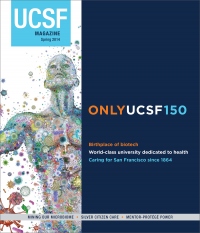 Gibson: I liked her familiarity, but she was always respectful. From the very moment I met her, she called me “Doc,” and she has called me that ever since.

Youmans: He was very proactive in recruiting minority students and was passionate about inclusion and social justice. Many years later, I chaired a diversity task force, and he wrote a historical perspective for me. It talked about how denying minorities access to college was an issue in the ’70s. Decades later, it still is.

Gibson: I had a grant to increase minority representation in pharmacy, so I took Sharon to the American Association of Colleges of Pharmacy meetings, and other large professional gatherings, so she could meet the most important people in the profession. She was so bright; she didn’t need any introductions – she just jumped right in.

Youmans: My first professional meeting was in New Orleans; Bob was responsible for sending me there. Then, when I graduated, he wrote me a letter of recommendation for the residencies I applied to. A residency director told me that one of my letters made it sound like I walked on water, and I instantly knew he was referring to Doc’s. I never got to read it, but I did get the residency I wanted.

Gibson: Sharon is exuberant and intent. Even as a student, no matter the setting, she was always absolutely aware of where she was, who surrounded her, and what needed to be done. I don’t think you could surprise her. She might say she was surprised, but I wouldn’t believe her.

Youmans: Doc has a wonderful sense of humor. You wouldn’t guess that by looking at him, because he has such a regal and strong presence. But his laugh is his signature.

Gibson: I am not at all surprised to see that Sharon has been appointed vice dean. By god, she was always going to get it done. I am so proud to see a mentee earn a responsible role in the school. I didn’t get where I was all by myself. I needed help. So I turned around to prop open the door for someone who inspired me, and a bright, extremely competent woman just walked right in. And believe me, Sharon has shaken some of the old guard who still believe that years of submission to elders is the road to acceptance and the path to success.

Youmans: Our relationship has lasted over several decades now. When I was inducted as a fellow into the American Pharmacists Association, he was there – he led that trail. He taught me that you don’t have to let skin color stop you. Doc made his mark on me, the field, and UCSF. He embodies this place.