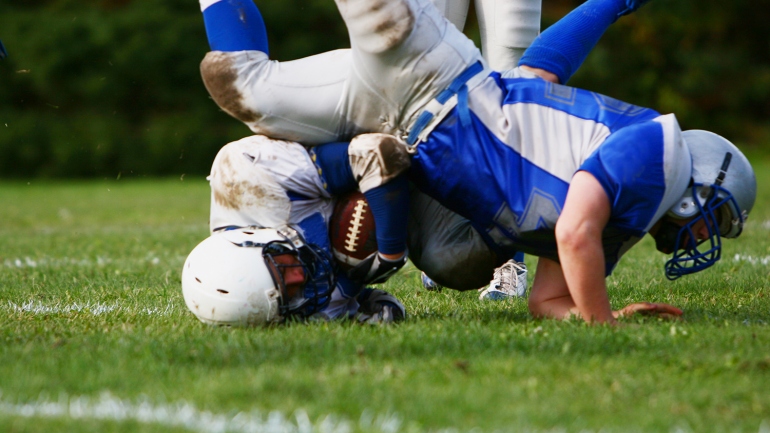 The National Football League (NFL) has awarded more than $3.45 million to a UCSF-led research consortium tasked with identifying the causes, risk factors, biomarkers and prognoses for patients with traumatic brain injury, as well as breaking the deadlock in the development of effective treatments.

The grant, from the NFL’s Play Smart. Play Safe initiative, is directed to the Transforming Research and Clinical Knowledge in Traumatic Brain Injury (TRACK-TBI) study, which has collected and analyzed clinical data from 2,700 TBI patients at 18 level 1 trauma centers nationwide.

The $3,454,080 grant, which will be divided between UCSF and 17 study sites, will help fund a follow-on study, TRACK-TBI Longitudinal (TRACK-TBI LONG), that aims to advance the understanding of TBI by tracking patients over several years. Investigators from UCSF and the other study sites will compare TBI patients with two control groups: the patients’ uninjured friends and family members, and patients with orthopedic injury but no brain trauma. Data will be collected on brain imaging, blood-based biomarkers and outcome assessments of psychological health, physical recovery and functional status.

“TBI is a devastating condition that affects almost 3 million people a year,” said Geoffrey Manley, MD, PhD, principal investigator of TRACK-TBI and a professor in the UCSF Department of Neurological Surgery. “While we are starting to get a much clearer idea of its acute nature, we still have no clear picture of its true long-term consequences. This award will help us pursue that goal by leveraging and extending the largest precision medicine, long-term natural history study of TBI to date.”

Manley, who is also a member of the UCSF Weill Institute for Neurosciences, said he hoped that TRACK-TBI would attain the same goal as the Framingham Heart Study, a long-term research project that began in the city of Framingham, Mass., and changed physicians’ understanding of cardiovascular disease, including the importance of diet and exercise. “By following brain-injured patients in a systematic, ongoing way over years, it will help us better understand the connection of TBI to Parkinson’s disease, chronic traumatic encephalopathy and other neurodegenerative disorders,” Manley said.

Through the Play Smart. Play Safe initiative, the NFL allotted $40 million in funding for medical research, primarily dedicated to neuroscience. The league assembled a Scientific Advisory Board comprising leading independent experts, doctors, scientists and clinicians to develop and lead a clear process to identify and support compelling proposals for scientific research. The board is chaired by Peter Chiarelli, U.S. Army General (Ret.), former Vice Chief of Staff of the Army, and former CEO of One Mind, a brain research-related nonprofit.