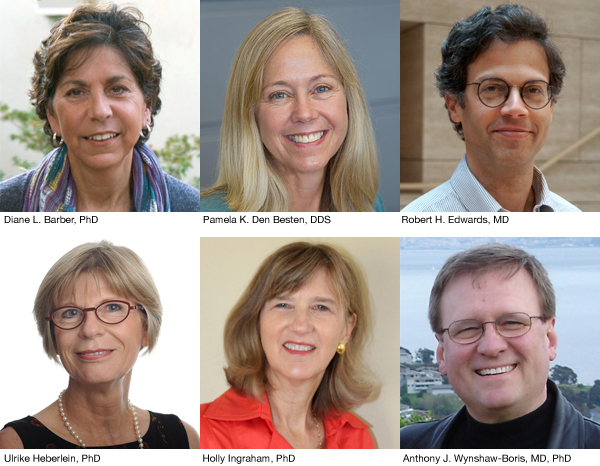 Six UCSF researchers have been selected this year as fellows of the American Association for the Advancement of Science (AAAS) for scientific work or socially distinguished efforts to advance science and its applications.

The six, whose research ranges from childhood dental caries to neurodegenerative diseases, are among 702 new researchers to be recognized this year by the AAAS, the world’s largest general scientific society and publisher of the journal Science as well as Science Translational Medicine and Science Signaling.

A total of 55 current UCSF faculty are AAAS fellows.

The new fellows will be announced in the AAAS News & Notes section of the Nov. 30 issue of Science and will be recognized formally on Feb. 16 during the 2013 AAAS Annual Meeting in Boston.

The six from UCSF were recognized for the following contributions:

The non-profit AAAS was founded in 1848, and includes 261 affiliated societies and academies of science, serving 10 million individuals. It began the fellowship program in 1874, for which members can be considered if nominated by the steering group of their sections, by three fellows, or by the Association’s chief executive officer. A roster of current fellows and further information about the fellowships can be found in the association’s news release or website.