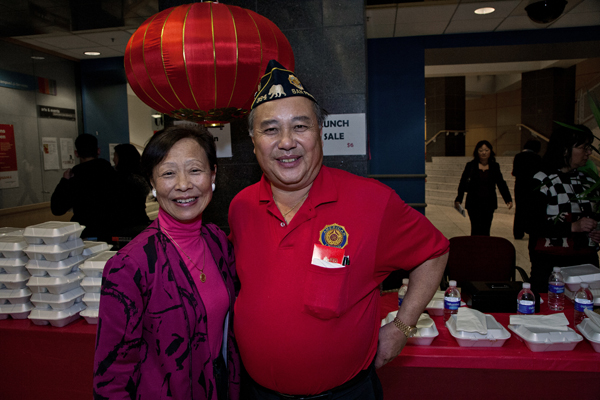 E. Leong Way knows a thing or two about Lunar New Year customs in San Francisco. He has celebrated 95 of them. 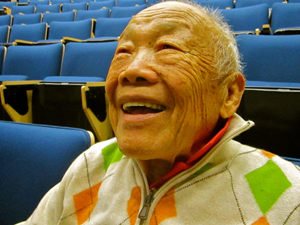 E. Leong Way, 95, who graduated in 1938 from the UCSF School of Pharmacy and became a professor, enjoys the Lunar New Year festivities at UCSF.

Way was born and raised in the city’s Chinatown neighborhood in 1916 and lived most of his life there. It is the oldest Chinatown in North America, and is home to the largest Chinese community outside of mainland China.

Way came to UCSF to observe Lunar New Year, which marks the first day of the first month in the Lunar calendar. It typically signifies the end of the cold, winter months, and the beginning of a new season. People in China, Vietnam, Korea, as well as those in other Asian countries and many others living elsewhere also celebrate it.

Way chose UCSF because it’s a place that gave him his professional start. After receiving his bachelor’s degree from UC Berkeley, Way earned his PhD degree from UCSF School of Pharmacy in pharmacology and pharmaceutical chemistry. He was only one of three Chinese students in his 1938 graduating class. Now more than half — or 52.8 percent — in the pharmacy school are of Asian descent. 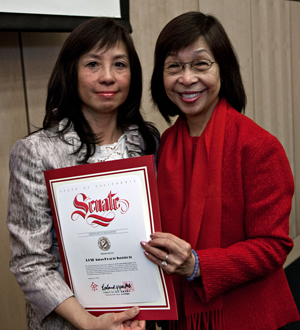 Way proudly declares he was born during the Year of the Dragon, same as those born in 2012. He is brave, ambitious and innovative, which are some of the traits associated with “Dragon” people.

“I spent my lifetime hooked on drugs,” Way said, with a hearty laugh. “That’s literally true because I studied heroin, marijuana and amphetamines. That was my research area, so I really was hooked, at least in terms of studying these substances.”

Way collaborated with more than 70 American and international scientists, including some of his own children. He published almost 400 publications related to substance abuse during a career that spanned nearly 50 years. During that time, Way said people have gradually embraced the idea of change and treating each other better. 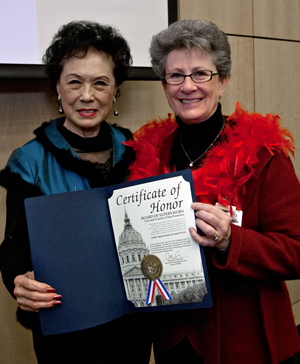 “In my time, I could only live in Chinatown or Japantown. That was it,” he said. “We had 15 presidents before the 16th, Abraham Lincoln, freed the slaves. And it wasn’t until a few years ago until we finally had a black president with Barack Obama. This is a great country but it took some time to treat its citizens equally.”

“As one of the largest employers in San Francisco, a city where a third of the population is Asians, this event showcases exemplary efforts to join hands with Asian community groups to promote diversity awareness and integration at UCSF,” said Karen Rago, RN, MPA, executive director of service lines at UCSF Medical Center, who moderated the event. “We are proud of the multiethnic make-up of UCSF and share the joys in celebrating the Lunar New Year.”

Way took it all in, saying he couldn’t imagine himself anywhere else. In an institution that had a handful of minority students seven decades ago to a student population where more than 50 percent are women or ethnic minorities now, UCSF has evolved in a way that makes Way proud of his alma mater.

“I’m not interested in celebrating just one culture or one civilization,” he said. “This is a global thing now. The world is a lot smaller than it used to be and I couldn’t be happier to see this and celebrate it at UCSF.” 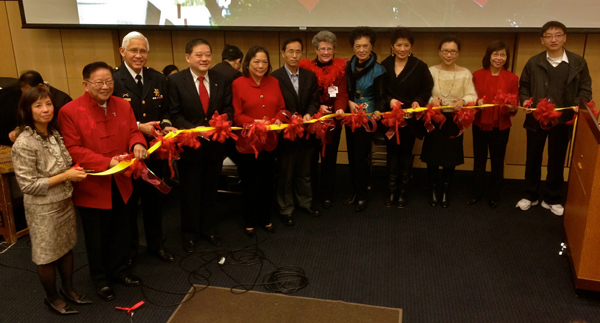