Throughout the interior spaces of humans and other warm-blooded creatures is a special type of tissue known as brown fat, which may hold the secret to diets and weight-loss programs of the future. 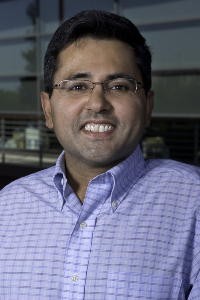 Unlike ordinary “white” fat, in which the body stores excess calories, brown fat can burn calories to heat up the body. It’s one of the things that helps keep wild critters warm on cold nights.

Investigating how brown fat works in mice, a team of researchers at the University of California, San Francisco (UCSF) has uncovered what may be a holdover from our evolutionary past: in response to cold, tiny immune cells known as macrophages can switch on the brown fat, inducing it to burn energy to make heat.

Prior to this research, published last month in the journal Nature, scientists had assumed that brown fat metabolism was completely controlled by the brain. But the UCSF research suggests that the immune system plays a backup role in this process — a legacy, perhaps, of some ancient ancestral creature whose metabolic and immune systems were much more intertwined.

“This is a very important secondary system that the body uses to provide a backup for the thermal stress response,” said Ajay Chawla, MD, PhD, an associate professor at UCSF’s Cardiovascular Research Institute who led the research. “It raises the possibility that we can perhaps modulate this program and enhance it in humans to rev up metabolism."

The modern human immune system relies on these macrophages to gobble up bacteria, helping protect us against infection. Macrophages were never known to play a role in metabolism, but the evidence Chawla and his colleagues gathered suggests otherwise.

Using brown fat to burn calories and produce heat is one of the ways that mammals maintain thermoregulation—an essential adaptation that defines warm blooded creature and enables them to thrive in the face of challenging environmental extremes. Not all animals share this ability.

Mammals, on the other hand, are “warm-blooded” or endothermic. They produce heat internally by a variety of means: shivering, sweating, regulating the size of their blood vessels and burning off excess calories in brown fat.

Scientists have known for years that brown fat burns calories in response to signals from the brain. These signals cause break down of molecules known as triglycerides in white fat, which are then released into the bloodstream as fatty acids. These circulating fatty acids are taken up by brown fat and burned to generate heat. Brown fat is full of blood vessels, and the heat warms the blood, which in turn circulates and warms the body.

The brain controls this process by monitoring the body’s temperature and, in face of extreme cold, releasing a hormone called norepinephrine, which kick-starts the brown fat.

The work of the UCSF team showed that macrophage cells within the brown fat can also do this directly. Macrophages residing in brown and white fat produce an enzyme that makes norepinephrine when mice are exposed to the cold. This leads to the production, the breakdown and mobilization of stored fat, which is then burned in brown fat to produce heat.

What these results suggest, Chawla said, is that immune cells help facilitate the function of brown fat.

Mammals today have evolved to have separate systems for immunity and metabolism. But flies, for instance, have combined the equivalent functions of the human liver, fat and immune system into one organ: a tissue referred to as its fat body. Mammalian macrophages may have some functions related to this shared origin.

In addition to UCSF, the authors of this study are affiliated with Stanford University and the University of Cape Town, South Africa.