Frontotemporal dementia and amyotrophic lateral sclerosis, also known as Lou Gehrig’s disease -- two fatal neurodegenerative disease with distinct symptoms -- are triggered by a common mutation in many cases, according to researchers who say they have identified the mutated gene. 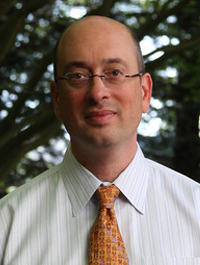 They also report that the defect is the strongest genetic risk factor found to date for the more common, non-inherited, sporadic forms of these diseases. It was found in 3 percent of sporadic FTD and 4 percent of sporadic ALS samples in the largest clinical patient series.

The study was led by scientists at the Mayo Clinic in Florida, in collaboration with researchers at UCSF, the University of British Columbia and UCLA. The finding emerged from the identification and study of a family stricken by both ALS and FTD, reported last year. In that study, led by the UCSF scientists and published in the Journal of Neurology, Neurosurgery and Psychiatry, the researchers honed in on the region in which the gene was located.

“Both clinically and at the molecular level this discovery is going to significantly improve our understanding of these diseases,” said co-author Adam Boxer, MD, PhD, of the UCSF Memory and Aging Center, the lead author on the 2010 paper. The discovery makes it possible to develop a diagnostic test for the mutation, as well as to create animal models that may be used to help unravel the molecular mysteries connecting the mutation to the diseases, he said.

In the current study, a detailed molecular genetic characterization of the family that Boxer described was done in the laboratory of senior author Rosa Rademakers, PhD, from the Mayo Clinic. She and colleagues identified the gene and the specific mutation within it.

The mutation consists of from hundreds to thousands of extra copies of a six-letter DNA sequence GGGGCC strung end to end within a region of human chromosome nine. The mutation occurs within a gene of unknown function called C9ORF72.

After identifying the mutation, the Mayo researchers searched for it in DNA from other patients with both familial and sporadic forms of the diseases, where they found the strong associations.

FTD is characterized by disturbances in decision making, language skills, behavior and emotional expression, and is as common as Alzheimer’s disease in people younger than 65, according to Boxer. ALS is a neuromuscular disease, leading to muscle paralysis and respiratory failure, often within three to five years. However, it is not unusual for patients diagnosed with one of the two diseases to exhibit symptoms of the other.

Since 2006, six separate groups have reported evidence for a genetic link between the disorders and the same chromosomal region. In the study led by Boxer last year, the researchers described clinical aspects of the disease within the family, and homed in more closely to the gene than others had.

The pattern of protein deposition in the brains of family members in the study may eventually shed light on common aspects of the neurodegenerative process that occurs in both diseases, Boxer said.

There is only one standard medical treatment for ALS, riluzole, which extend life for about six months, he said.

There is no known effective treatment to slow FTD. However, neurologists have generally become much better at recognizing the degenerative disorder, according to Boxer.

Boxer and Bruce Miller, MD, the director of the UCSF Memory and Aging Center and a co-author of both studies, are leaders in FTD research, diagnosis and patient care.

“Ten years ago some neurologists did not acknowledge the existence of FTD,” Boxer says. “Today we are much better at diagnosing the disease, although sometimes it still takes an expert to distinguish it from Alzheimer’s or from psychiatric disorders.

“We’re actively trying to develop treatments for FTD, and we believe this discovery will pave the way for major advances in these efforts.”

The researchers used a technique called linkage analysis to narrow the search for the gene by comparing affected and unaffected family members. Another group of scientists -- reporting in the same online edition of Neuron on the same gene -- found that C9ORF72 emerged as being significantly associated with FTD and ALS in a genome-wide scan of patients in Finland.