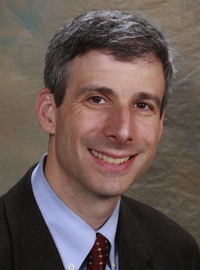 “Most approaches to preventing adverse drug events in older people have focused on getting doctors to prescribe the right drug in the first place,” said Steinman. “But, it turns out that the majority of adverse drug reactions occur because medications that are prescribed correctly sometimes have side effects.”

Steinman, who is also an associate professor of medicine at the University of California, San Francisco, noted that approximately 10 percent of hospitalizations in older people are due to medication reactions, and that about one third of older adults have an adverse drug event every year.

The key to reducing adverse drug events, he said, is for doctors to focus not only on the initial decision of what to prescribe, but on finding ways to “better catch and manage these adverse events soon after they occur, and before they can spiral out of control” – something that physicians “have not always been very good at doing,” Steinman said.

The review appears in the August 2011 issue of the Journal of the American Geriatrics Society.

One reason adverse medication reactions cause so much “preventable harm,” said Steinman, is that patients and physicians sometimes have difficulty recognizing those reactions. “A patient might feel lightheaded or dizzy, or have an upset stomach or trouble thinking clearly,” he said. “Instead of recognizing those as drug side effects, we can end up on wild goose chases, looking for other diseases or conditions that could be causing those symptoms.”

A common scenario, Steinman said, is one in which a patient gets stomach pains from a medication. “Instead of stopping the drug,” he said, “the doctor prescribes a second drug for the stomach pains. That drug has a side effect, and the doctor gives a third drug to treat the side effects of the second drug, and so on.”

One step would be to design, or re-design, health information technology – such as electronic medical records – to monitor for possible side effects by cross-checking patients’ prescriptions, laboratory information and reported symptoms.

A second step would be to educate patients in how to recognize and report side effects, and to increase vigilance among medical professionals in checking for side effects in their patients. “This requires us to actively follow up with patients,” said Steinman. “It doesn’t have to be doctors who do this; pharmacists, nurses and even automated voice response systems over the telephone could provide early warning and advance notice.”

A third step would be for medical schools to teach clinicians a more active approach to prescribing drugs and following up with patients. They note that “interdisciplinary training can help physicians, pharmacists, nurses and other health professionals learn how to work together in ongoing assessments of patient care.”