Two years ago, a widely publicized scientific report plucked an old mouse virus out of obscurity and held it up as a possible cause of Chronic Fatigue Syndrome. According to a new study published today by a group of researchers in California, Wisconsin and Illinois, that report was wrong. 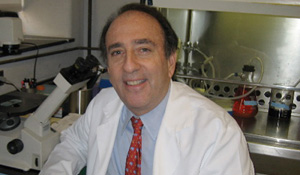 The mouse virus is not the culprit in Chronic Fatigue Syndrome, said University of California, San Francisco Professor Jay A. Levy, MD, the senior author on the study, published this week by the journal Science.

“There is no evidence of this mouse virus in human blood,” said Levy, a professor in the Department of Medicine and director of the Laboratory for Tumor and AIDS Virus Research at UCSF.

Most likely, Levy said, the mouse virus was detected two years ago in blood samples from Chronic Fatigue Syndrome patients because chemical reagents and cell lines used in the laboratory where it was identified were contaminated with the virus.

The bottom line, he said, is that scientists need to keep looking for the real cause – or causes – of Chronic Fatigue Syndrome.

This study may have an immediate impact in terms of treatment for some patients with the illness, said Konstance Knox, PhD, of the Wisconsin Virus Research Group in Milwaukee, the first author on the study.

In addition to Levy and Knox, other authors on the study include Graham Simmons, PhD, at the Blood Systems Research Institute in San Francisco and an assistant professor in the Department of Laboratory Medicine at UCSF; John Hackett, Jr. PhD, at Abbott in Abbott Park, IL; Andreas Kogelnik, MD, PhD, of the Open Medicine Institute in Mountain View, CA; and their coworkers.

Chronic Fatigue Syndrome is a somewhat mysterious illness that strikes an estimated 1 million to 4 million Americans with a range of symptoms, including muscle pain, insomnia, memory loss and overwhelming fatigue. The malaise leaves many with a significantly diminished capacity for physical or mental activity – often for years, if not decades – and no amount of bed rest helps.

No definitive cause for the disease has ever been found, and some scientists believe that it is actually the common end stage of a number of different conditions caused by multiple triggers – trauma, exposure to toxins or infectious agents, for instance. Several viruses have been named as possible causes, but none ever proved to be the culprit.

In 2009, however, researchers in Nevada and Maryland reported finding traces of a mouse-related virus called xenotropic murine leukemia virus-related virus (XMRV) in about two-thirds of blood samples taken from 101 patients with chronic fatigue syndrome. This virus, they showed, was capable of infecting human cells grown in the laboratory.

Taken together, these results suggested that XMRV could be the cause of Chronic Fatigue Syndrome.

“It gave great encouragement to Chronic Fatigue Syndrome patients,” Levy said. “Many believed the cause had finally been found.”

The 2009 paper was widely publicized and, according to Levy, it influenced both the direction of federal research spending and the way some doctors began to treat their patients.

Shortly after the paper came out, one of its authors contacted Levy and asked if he could confirm the findings by taking a look at other blood samples taken from patients with Chronic Fatigue Syndrome.

Virus Discovered at UCSF in the 1970s

Levy’s experience with the mouse-related virus goes back decades. He and his colleagues were the first to discover xenotropic murine leukemia viruses in the early 1970s. They found that the viruses could infect cells isolated from several animal species, including humans. At the time, their discovery sounded a few alarm bells because health safety officers at the university were concerned about whether these viruses could be transmitted to people. Subsequent tests indicated they could not.

After the initial discovery and studies of this agent over a decade, Levy’s research turned to human retroviruses. Once the AIDS epidemic emerged in 1981, much of Levy’s work focused on the human retrovirus HIV, which Levy co-discovered in 1983 with two other research groups.

But XMRV came back into focus for Levy in 2009, when he answered a phone call from his former colleague Dan Peterson, MD, of the Whittemore Peterson Institute in Reno, NV, where the 101 samples that yielded traces of the mouse-related virus XMRV had been collected. Peterson, who sees many Chronic Fatigue Syndrome patients in his clinical practice, asked Levy to test blood samples from Chronic Fatigue Syndrome patients.

They examined blood samples from 61 patients with Chronic Fatigue Syndrome, including 43 who had been previously reported as infected with the mouse-related virus XMRV. Using procedures similar to those performed by the Nevada and Maryland investigators for detecting XMRV and antiviral antibodies, Levy and colleagues found no evidence of XMRV or any other mouse-related virus. Some of the patients were studied on more than one occasion.

They also showed that XMRV was highly unlikely to be an agent of infection in people. Even though the 2009 paper indicated that it could infect human cells grown in the laboratory, Levy said, the mouse-related virus would not likely cause an infection because human serum quickly kills it.

Finally, Levy and his colleagues hypothesized that the original traces of XMRV found in 2009 were not from the blood samples themselves but from common laboratory reagents or cell lines used in the original experiments. Levy hopes that this finding, also recently shown by others, will help put the controversy to rest.

“With this extensive study, we could not confirm any of the results of the earlier papers,” Levy said. He added that even through XMRV is not the cause of Chronic Fatigue Syndrome, evidence remains that some infectious agent could be involved.

“Work should continue to find it,” he said.