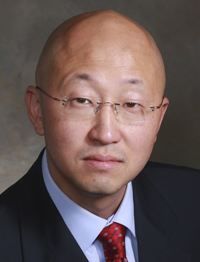 The guidelines call for a hemoglobin A1c level of less than 8 percent. The hemoglobin A1c test, which measures average blood sugar over the previous three months before the test, is considered an indicator of long-term blood sugar control for diabetics.

The long-term goal of such guidelines is the avoidance of vascular complications — including heart attack, stroke, and kidney disease — that are brought about by chronically high blood sugar, which damages circulation in small blood vessels. In order to accomplish this goal, blood sugar is monitored frequently during the day, and kept relatively low through diet, medications, and insulin injections — a regimen known as tight control.

When the frail elders were put on tight control, reported Lee, “there was good news and bad news.” The good news, he said, was that the incidence of hyperglycemia — blood sugar higher than 400 — decreased dramatically compared to pre-guideline levels.

At the same time, episodes of severe hypoglycemia — blood sugars of less than 50 that required trips to the emergency room — increased threefold. “These episodes were quite dangerous for these seniors,” said Lee. “When blood sugar gets too low, patients can become confused, they can fall, they can even become comatose. It can become life-threatening very quickly.”

Significantly, the increase in hypoglycemic episodes occurred during the first 18 months of the guidelines’ implementation; for the two years after that, the rate was similar to what it was before the guidelines were introduced. One possible explanation, according to the authors, is that a small number of patients are especially at risk of severe hypoglycemia in response to even a modest tightening of control. Once those patients have a severe hypoglycemic episode and are identified, the rest are treated successfully with the aggressive regimen.

“This says that the period when you are first implementing tighter control is the time of greatest risk,” said Lee. “That is the time to require closer follow-up of patients in order to make sure that these adverse effects are not occurring.”

Lee noted that the study took place under “ideal conditions” for implementing tight control with a minimum of bad outcomes: “This is a program where patients are seen several times a week, and where health care providers know exactly what medications they are taking, what and how much they’re eating, and how much physical activity they’re getting.”

If the occurrence of severe hypoglycemia increased even under these circumstances, said Lee, “then for the general population of the frail elderly, who are not monitored nearly as closely as our study population, the current guideline may be too aggressive.”

The study was supported by funds from a Hartford Geriatrics Health Outcomes Research Scholars Award, the Hellman Family Award for Early Career Faculty at UCSF, and the National Center for Research Resources of the National Institutes of Health. Some of the funds were administered by the Northern California Institute for Research and Education.