Feeding brain cells drugs that force them to produce a protein called “HSP70” can protect those cells from injury and death – at least in the test tube, according to University of California researchers.

The work suggests possible new protections for those with brains damaged by stroke or traumatic head injuries, which could improve long-term outcomes. Currently, there are no drugs on the market that have been shown to do this.

“The field is wide open for finding ways of protecting the brain,” said Midori Yenari, MD, of the UCSF Department of Neurology and the UCSF-affiliated San Francisco VA Medical Center. Yenari presented experimental evidence showing the protective effect at the 63rd Annual Meeting of the American Academy of Neurology in Hawaii last week. 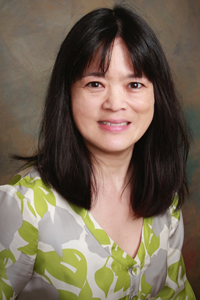 Working with a set of related drugs, including an anti-cancer compound called 17-allyamino-17-demethoxygeldnamycin (17-AAG), Yenari and her colleagues showed that these drugs could prevent damage to endothelial cells, which line the blood vessels in the brain. They also showed that after giving injections of these drugs to mice, the drugs found their way into the brains of the mice, where they increased levels of HSP70 protein.

While the UCSF study holds tantalizing promise for protecting the brain against or limiting damage, the work has not been tried with people enrolled in a clinical trial. For any treatment to advance, it would have to be proven safe and effective in clinical trials and still might not become commercially available for years.