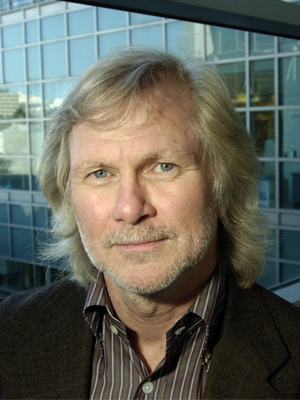 McCormick, director of the University of California, San Francisco (UCSF) Helen Diller Family Comprehensive Cancer Center, will formally assume the position on Monday, April 4 during the AACR’s annual meeting being held in Florida. A year later, he will assume the one-year role as president.

McCormick was elected by the AACR’s members – a group that consists of 33,000 basic, translational and clinical researchers.

An internationally renowned molecular biologist and cancer researcher who helped pave the way toward the development of targeted cancer therapies, McCormick has led the UCSF cancer center program since its inception in 1998.

“I am thrilled and honored to serve as president-elect,” said McCormick. “The AACR is a remarkable organization that continues to grow as the field evolves. We are poised to make incredible breakthroughs in the coming years. I have greatly enjoyed working with the AACR in the past, and look forward to the opportunity of working with the membership and staff to lead the AACR as it moves from strength to strength.”

Nobel laureate Elizabeth H. Blackburn, PhD, a UCSF molecular biologist, has been the AACR’s incumbent president. She is the Morris Herzstein professor of biology and physiology in the UCSF department of biochemistry and biophysics.

Blackburn will be succeeded by Judy E. Garber, MD, MPH, who will be sworn in as president at the AACR’s 102nd annual meeting, which begins April 2. Garber is director of the Center for Cancer Genetics and Prevention at the Dana-Farber Cancer Institute, associate professor of medicine at Harvard Medical School, and an associate physician of medicine and attending physician of medical service at Brigham and Women’s Hospital in Boston.

Additionally, distinguished UCSF scientist Larua J. van’t Veer, PhD, has been elected to serve on the AACR’s board of directors for the 2011 to 2014 term. She is a professor in the department of laboratory medicine, leader of the breast oncology program, and director of applied genomics at the Helen Diller Family Comprehensive Cancer Center at UCSF. She is also head molecular biologist and group leader of molecular pathology at The Netherlands Cancer Institute, and chief research officer at Agendia BV in Amsterdam.

McCormick joined UCSF in 1997. He is an eminent expert on the Ras signaling pathway that plays a central role in many cancers. He founded the biotech firm Onyx Pharmaceuticals in 1992 and developed Nexavar, used to treat primary kidney cancer.

McCormick is an elected member of the Institute of Medicine of the National Academies and a fellow of the Royal Society. He was awarded an honorary Doctor of Science from the University of Birmingham, England, United Kingdom.

He has received numerous other awards and honors, including the Science of Oncology Award from the American Society of Clinical Oncology, the Bristol Myers Squibb Unrestricted Cancer Research Grant, the Novartis Drew Award in Biomedical Research, and the Shubitz Award from the University of Chicago Cancer Research Center.