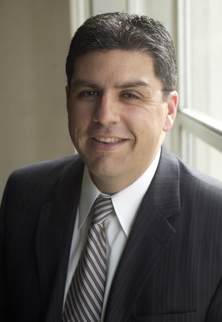 The appointment was approved Nov. 30 by the UC Board of Regents and announced by Jeff Bluestone, PhD, executive vice chancellor and provost on Wednesday. “Joe has been a highly effective and collaborative leader who has served as the vice provost for Student Academic Affairs since 2006 in an exemplary manner and as special assistant to the chancellor since January 2010,” Bluestone wrote in his announcement.

As UCSF vice chancellor for Student Academic Affairs, Castro reports to Bluestone, executive vice chancellor and provost.  He will continue to serve on the Chancellor’s Executive Cabinet.

Castro has held leadership positions across the UC system over the last 20 years, including the Berkeley, Davis, Merced, and Santa Barbara campuses and at the Office of the President. He is also a faculty member in the Department of Family and Community Medicine in the UCSF School of Medicine.

“I am honored to serve at UCSF in this new and exciting leadership position,” Castro said. “It will provide me with an opportunity to continue working closely with our extraordinary students, faculty and staff to enhance our campus’ educational programs.”

“I appreciate the vote of confidence from Chancellor Desmond-Hellmann and Executive Vice Chancellor and Provost Bluestone in what my colleagues and I in Student Academic Affairs and across the campus have done to strengthen services for students and trainees,” Castro said.

Additionally, Castro will further his efforts to promote racial and ethnic diversity at UCSF by co-leading with the Development Office a new fundraising campaign that will help the campus continue recruiting and retaining the most talented and diverse students. In this capacity, he will work closely with the new vice chancellor for diversity and outreach.

Castro will continue fulfilling his previous responsibilities as well, including leadership of student-oriented operations such as the Office of the Registrar, Student Financial Aid, Student Health and Counseling Services, Student Life, International Students and Scholars Office, Institutional Research, and Educational Technology Services.

Castro received a bachelor’s degree in political science and master’s degree in public policy from the University of California, Berkeley and a PhD degree in higher education policy and leadership from Stanford University.  He is the recipient of the 2010 Martin Luther King, Jr. Award at UCSF and the 2010 Administrator of the Year Award from the University of California Student Association. Castro was recently honored by KGO ABC Channel 7 in their Profiles of Excellence Series.

A native of the San Joaquin Valley, Castro is the grandson of farm workers born in Mexico and of members of the San Carlos Apache Tribe. He was the first person in his family to attend a university.

Castro and his wife, Mary, have two children and are expecting their third child in January.

UCSF to Celebrate MLK Week with Series of Events