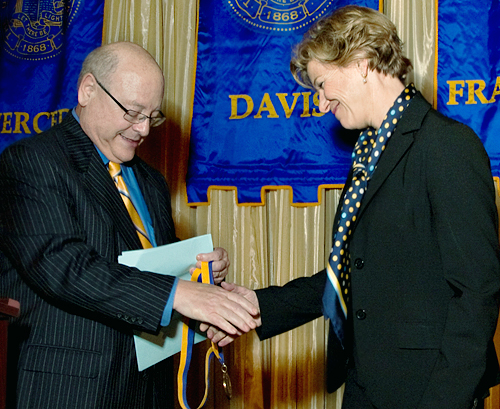 UCSF Chancellor Sue Desmond-Hellmann, MD, MPH, has received the UC medal, which symbolizes her official investiture as the ninth chancellor of the health sciences university.

UC President Mark Yudof presented medals emblazoned with the UC seal to both Desmond-Hellmann and Linda Katehi, PhD, the new chancellor at UC Davis, during an evening event on March 24 in San Francisco. 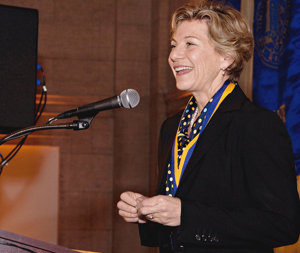 UCSF Chancellor Sue Desmond-Hellmann addresses the audience at her investiture ceremony on March 24.

In light of the economic times, the two new chancellors decided to forgo a formal inauguration opting instead for a low-key celebration during the previously scheduled UC Regents’ dinner, which regularly coincides with their meetings.

Widely recognized as one of the nation’s top business leaders, Desmond-Hellmann became UCSF’s first woman chancellor in August 2009. She was one of the first to come to the post from an extensive and successful private sector career. 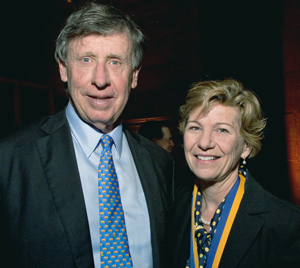 During her acceptance speech last Wednesday, Desmond-Hellmann recalled arriving at UCSF in 1982 as an intern and said the experience transformed her life. Her return to UCSF to take the helm last year was like a homecoming to the university that helped shape her, both personally and professionally, and to the San Francisco neighborhood where her father’s family first settled when they immigrated to the United States.

Desmond-Hellmann met her husband and completed her clinical training at UCSF and then served on the faculty as associate adjunct professor of epidemiology and biostatistics at UCSF. During her tenure at UCSF, she spent two years as visiting faculty at the Uganda Cancer Institute, studying HIV/AIDS and cancer. 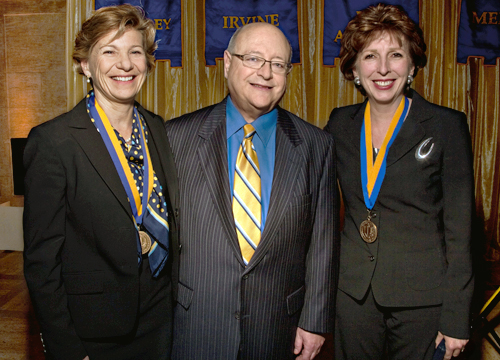 Desmond-Hellmann previously served as president of product development at Genentech, a position she held from March 2004 through April 2009.

New Chancellor Gets to Work at UCSF
UCSF Today, August 3, 2009

For New Chancellor, Return to UCSF Is a Homecoming
UCSF Today, May 8, 2009