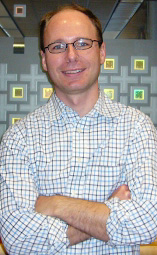 Jeremy Reiter, MD, PhD, is one of 100 2008 Presidential Early Career Award for Scientists and Engineers (PECASE), the highest honor bestowed by the United States government on young professionals in the early stages of their independent research careers.

On July 9, President Barack Obama announced the recipients of the PECASE Program, which embodies the high priority his administration places on producing outstanding scientists and engineers to advance the nation’s goals and contribute to all sectors of the economy. The scientists and engineers will receive their awards in the fall at a White House ceremony.

“These extraordinarily gifted young scientists and engineers represent the best in our country,” President Obama said. ”With their talent, creativity and dedication, I am confident that they will lead their fields in new breakthroughs and discoveries, and help us use science and technology to lift up our nation and our world.”

Reiter’s research on the role of the proto-oncogene called Smoothened and its interaction with primary cilia in the development of cancer is supported by a grant from the National Institute of Arthritis and Musculoskeletal and Skin Diseases. A recent article about advances in understanding primary cilia appeared in the science section of the New York Times.

Reiter is studying the genes that contribute to the development of ALS and other forms of neurodegenerative motor diseases. Using an embryonic stem cell model he developed, his team is examining the impact of mutant genes associated with the diseases to identify the way in which they actually kill neurons.

Diseased motor neurons grown in cell culture dishes could be quickly and efficiently screened with potential drugs to discover agents that slow, halt or reverse the cellular damage, he notes.

In total, 11 National Institute of Health (NIH) grantees and one intramural scientist were selected by the White House Office of Science and Technology Policy for this year’s presidential award. Other recipients were awarded through federal agencies, including the departments of agriculture, defense, energy and education.

“These 12 NIH-supported PECASE winners are a source of great pride for the agency,” said Raynard S. Kington, MD, PhD, acting director of the NIH. “Early in their research careers, these individuals have already shown exceptional potential for scientific leadership. We can only look forward to greater discovery and contribution by these gifted biomedical researchers.”