The use of schizophrenia drugs to treat depression continues to be a hot topic as drug companies seek to expand markets for these drugs many times over. People afflicted with depression vastly outnumber those with schizophrenia. The Washington Post reports on another drugmaker’s effort to get Food and Drug Administration (FDA) approval to market a so-called atypical antipsychotic to treat depression. 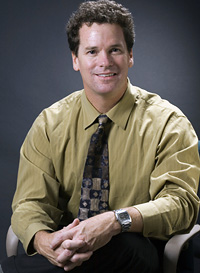 AstraZeneca failed to convince the FDA’s drug advisory panel that its schizophrenia drug Seroquel was acceptable first-line treatment for depression, “largely due to safety concerns,” UCSF School of Pharmacy depression expert Patrick Finley, PharmD, tells us. But the panel voted 6-3 to recommend approval to market Seroquel as second-line treatment after other drugs fail to relieve depression. Last month, the Post ran a story describing how some of the most negative study results submitted to the FDA for Seroquel never were published or otherwise made available to the public, press or medical research community. Details have emerged through ongoing lawsuits by patients afflicted by side effects. To varying degrees, this class of drugs has side effects that include weight gain and metabolic disruptions that, in turn, increase risk for life-threatening diabetes and heart disease. Last month, Finley, who treats depression and is an expert on drugs used to treat the condition, spoke to us for a story on the pluses and minuses of a similar drug – Eli Lilly and Company’s Zyprexa – that the same FDA panel recommended approving for marketing as second-line therapy after other drugs fail. These so-called atypical antipsychotics are far down on his list of treatment choices for depression.